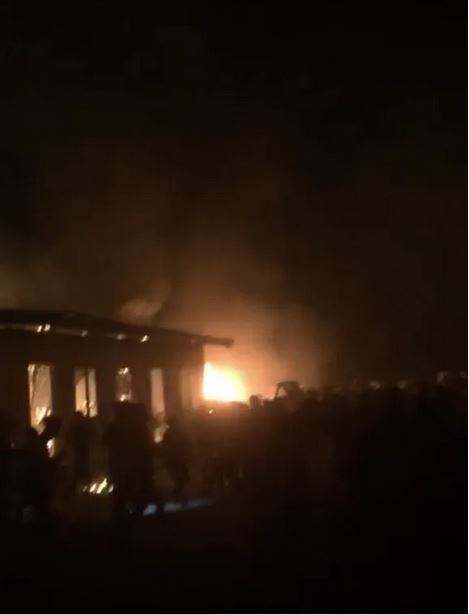 Tension filled the air in Calabar recently when hoodlums took over the place to wreck serious havoc.

According to Vanguard, the hoodlums who broke into various warehouses belonging to government have set the State Emergency Management Agency, SEMA warehouse on fire including the Advert department of the state Newspaper Corporation in Calabar .

Vanguard learned that the hoodlums from different parts of the metropolis had earlier attacked a Warehouse at Bishop Moynah Street, another one at Ministry of Work, Ekorinim then ,SEMA carting away COVID-19 Palliatives as well as relief materials all from Federal government and Corporate bodies.

A staff who pleaded anonymity told Vanguard that they burnt down the Advert department completely and looted some offices in the Newspaper Corporation which also houses SEMA and it’s warehouse .

“When the people came in it was very peaceful but tension grew along the line and there was stampede I can’t ascertain if any lives were lost at the moment ,it was from the stampede that the looters became violent and torched the warehouse and part of Newspaper Corporation adminstrative office ( Advert department ), he said