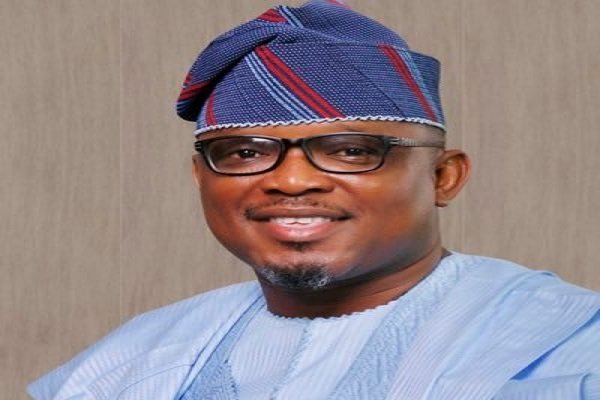 Sanai (SOB) Agunbiade, the Lagos State House of Assembly Majority Leader, has revealed that his house was invaded and looted by hoodlums.

The politician said that the hoodlums who invaded his home in Ikorodu on Friday October 23, were sponsored to assassinate him, The Nation reports.

Agunbiade, who represents Ikorodu Constituency 1, said he got intelligence of the planned attack, but thought it was a rumour.

The lawyer turned lawmaker said when they arrived and didn’t find him, they stole his certificates, travel passports of his family, valuables as well as foodstuffs.

Sharing his experiences in a post on his Twitter handle @Sobagunbiade, Agunbiade said the attackers were not #EndSARS protesters.

The Nation recalls that prior to the attack, messages had been circulating on social media that COVID-19 palliatives were being hoarded at a property at Igbogbo, Ikorodu, belonging to Team SOB, the lawmaker’s political group.

A similar message on Thursday led to the looting of a Lagos State Government warehouse at Mazamaza where COVID-19 palliatives were stored.

Agunbiade explained his side of the story in a series of tweets titled: “The violent attack on my house: Thank you Ikorodu.”

He said: “To God be the glory that the violent attack on my house on friday 23rd October, and the massive destruction of everything therein did not record any fatalities.

“I got intelligence reports of the plan to exterminate me early enough, but I took it as unfounded rumours. Moreso, I was not ready to have security operatives around lest lives be lost. I trusted in God’s plan for my life.

“But to those that masterminded and sponsored the carnage for nothing other than political vendetta, I say ‘thank you.’ We know ourselves in Ikorodu, but God reigns supreme. God will repay every hands involved in the attack in appropriate proportion.


“I am happy to be alive to witness the 2020 anniversary of my birthday on Sunday 25th October. The plan of detractors to delete me before my bithday has failed. To God be the glory.

“Let it be noted that at the peak of covid 19 pandemic, I personally distributed palliatives to my constituents more than three (3) times at my personal expense and recently, my team also shared palliatives to very indigent residents of Ikorodu. All these and many more of efforts aimed at taking care of my constituents are public knowledge as we have a way of ensuring open nomination of beneficiaries.

“And for my bithday on 25th October 2020, I have sent out, through my Media Team, notice of my intention to give support to 50 widows who have already been nominated by different groups in a programme christianed Widows Mite for Widows and also distribute to some vulnerable and indigent individuals across the three local councils of my constituency, some palliative materials donated by the state and federal governments, as well as myself. Those are the materials stolen from my house yesterday. Alhamdullilah.

“My service to Ikorodu since my teenage years up to this present time is already treasured by posterity and remain immutable. God knows I do not deserve the treatment meted on me by the perpetrators of this politically motivated attack and their sponsors, but I seek solace in God.

“It is a truism that no one will attack the property of a mad man, but people of reckoning always suffer vilification. The barbaric event of Friday is though shocking but like a dolphin which is happy even in the middle of giant waves and horrible storm, I am stable and my faith in the mercy and grace of God is very fat.

“For certain the looters are not #Endsars protesters because the youth in Ikorodu engaged in very peaceful and well coordinated protest. The perpetrators of the attack on my house are group of assailants on a mission targeted at my life. They stole my certificates and travelling passports of my family. They emptied my wardrobe and that of my wife and went with other valuables…pure broad day robbery! But we thank God.

“Nigerian politics is indeed very profitable! Ikorodu you have done well for me, I thank you.

“SOB will not go down, no matter how much they try because God is my armour. Whatever the situation, Ise Oluwa n tesiwaju insha Allah!”

Drama As Man Trying To Divorce His Wife Gets Her Pregnant...