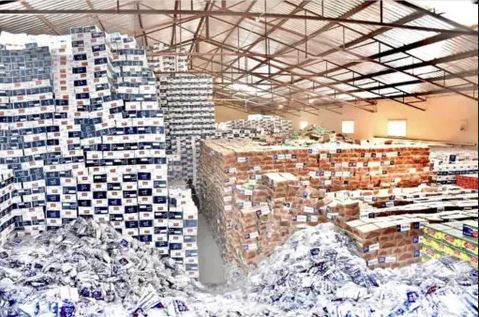 Bala Mohammed, the Bauchi State Governor, has told of how his Chief of Staff disappointed hoodlums, The PUNCH reports.

The governor narrated how his Chief of Staff, Ladan Salihu, opened the warehouse which stores COVID-19 palliatives in the state for hoodlums.

The governor explained that his CoS flung the doors of the warehouse opened when hoodlums attempted a raid on the storage facility.

Mohammed, who made this known on his verified Twitter handle, said the hoodlums were disappointed when they saw an empty warehouse, adding that the foodstuffs were distributed between May and August.

The governor wrote, “Today, hoodlums attempted a raid on the COVID-19 palliatives warehouse in Bauchi State. My Chief of Staff was informed and he ordered the warehouse to be opened.

“They saw it was empty, and they turned back. And that’s because we shared everything to beneficiaries as and when due.

“For accountability, when we started distribution months ago, I ensured to set up a high powered committee that included myself.

“The core of my mandate remains the crucial drive to give Bauchi State citizens a better prospect and more excellent opportunity for a prosperous life. We are doing this, and we will continue to do more.”

Hoodlums had looted palliatives warehouses in Lagos, Jos, Benin, Osun, Akure, Ibadan, and many other major cities where foodstuffs donated by the Private Sector Coalition against COVID-19 also known as the CACOVID group were stored.

There have been reports of widespread violence, arson and looting in the country as hoodlums took advantage of the #EndSARS protests to wreak havoc and cause mayhem in the country.

Kano Govt To Arrest And Hand Over Street Beggars To Wealthy...