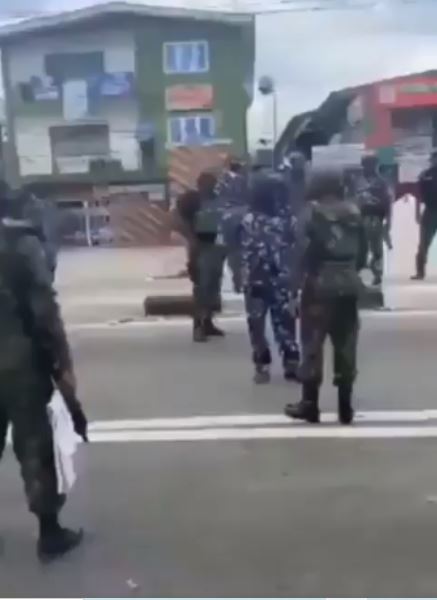 A video has emerged online showing the moment a Nigerian Air Force officer was seen confronting policemen for shooting at the crowd.

The officer was heard telling the supposed head of the policemen that he is going to charge him to his force headquarters for incitement for shooting guns and teargas at a crowd that agreed to go back.

He concluded by saying that he doesn’t want a “single shot or a single teargas”.

Here is the video below: