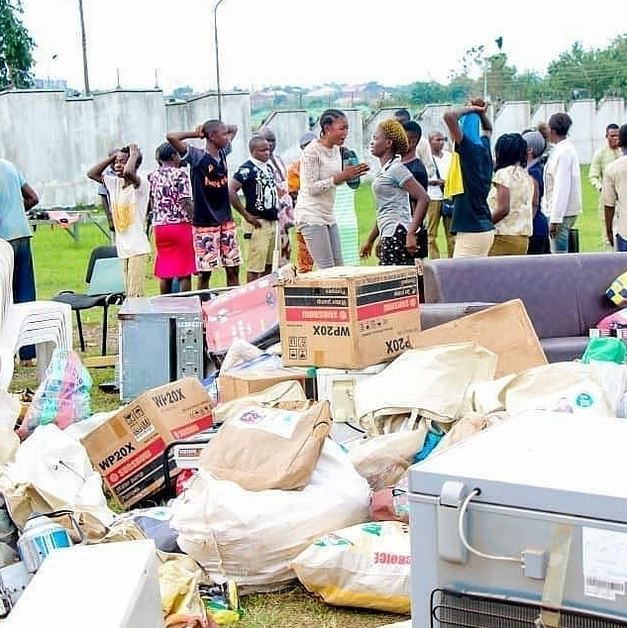 The Nigerian police have arrested a total of 483 suspects who looted both government and private establishment in the country during the #EndSARS protest.

Already, no fewer than 483 suspected looters have been arrested in Lagos,  Akwa Ibom, Osun, Anambra, Kano and Plateau states.

There were pleading and wailing while the arrests were made.

Rapper, Cardi B Named Billboard’s Woman Of The Year

digestng - December 3, 2020 0
Davido shows off his luxury shirts    Nigerian musician, Davido has been spotted in a video showing off seven shirts he bought for millions of...

digestng - December 3, 2020 0
No less than nine football clubs have now progressed into the last 16 of the Champions League after Match Day 5 fixtures.Borussia Dortmund...

Rapper, Cardi B Named Billboard’s Woman Of The Year

digestng - December 3, 2020 0
Cardi B Belcalis Marlenis Almánzar, popularly known as Cardi B is the latest cover star for Billboard magazine in honor of being named their...