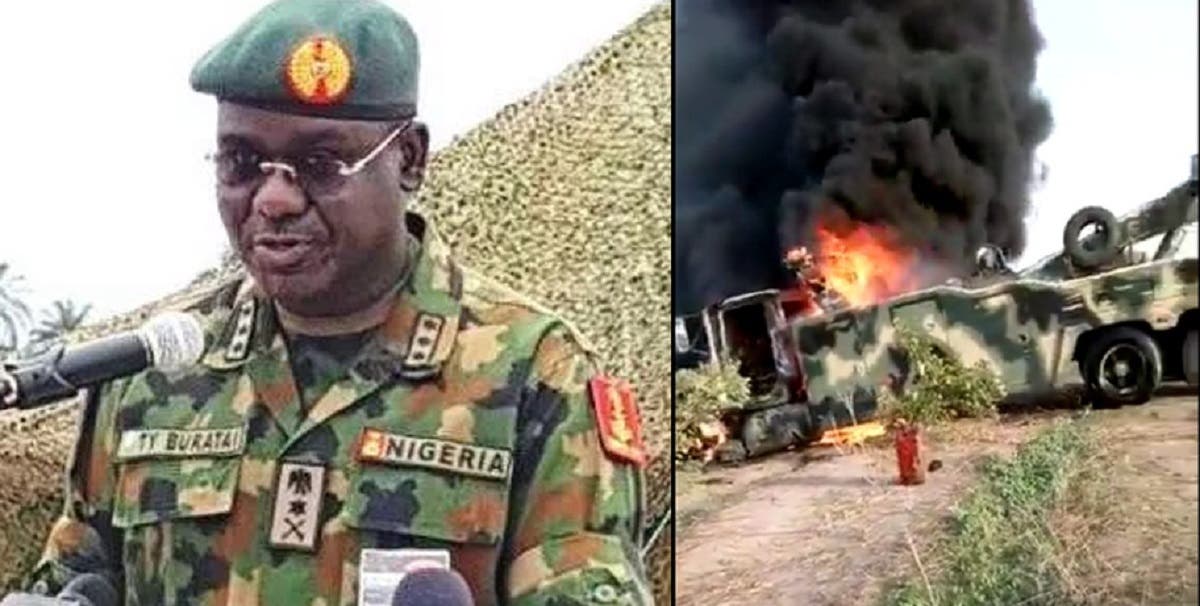 Following the shooting of Lekki protesters in Lagos, the Chief Of Army Staff, Lt. Gen. Tukur Buratai has met with top army commanders.

This comes after increased insecurity, shooting and looting in the country.

According to Punch, Buratai is presently holding a meeting with Principal Staff Officers and top army commanders on the security situation in the country.

The meeting which is being held at the Army Headquarters in Abuja commenced at about 10.20am.

In attendance were the General Officers Commanding of all the divisions of the Nigerian Army, commanders of the various army operations, unit commanders, commander, Guards Brigade, and other top officers.

The parley is against the backdrop of the violence and vandalism in parts of the country.

The nation has been gripped by violence in the past one week with some hoodlums attacking and vandalising public and private property.

Many others embarked on the looting of warehouses where COVID-19 palliatives were kept.

The homes and property of individuals, including banks, shopping malls and small stores were similarly looted.

I Was Written Off But Never Gave Up – Iheanacho Shares...