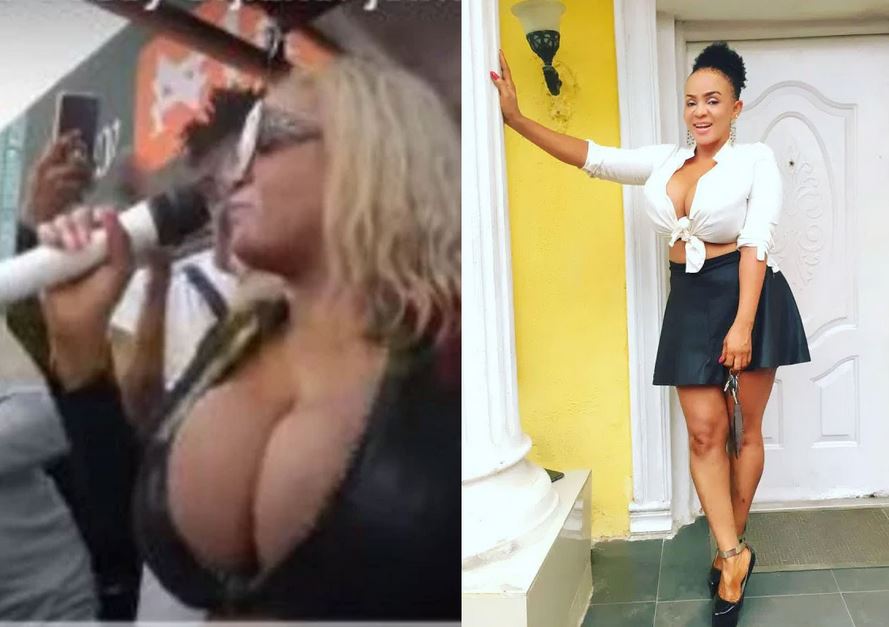 Cossy Orjiakor, a popular Nollywood actress has revealed why she celebrated her birthday at the #EndSARS protest ground in Lagos state.

Explaining why she marked her birthday at the protest ground in Lekki, the busty actress in an interview said she wanted to make people happy because the mood of the country was saturated with anger.

“I celebrated my birthday on the protest ground at Lekki (Lagos) because the mood of the country was saturated with bitterness and anger. Staying at home and seeing what was going on made me sad too. I just wanted to cheer people up. I know I made lots of guys happy at the protest ground. We had fun at the end of the day.

“Whether one is happy or unhappy, one would still die. We all want a new Nigeria. At the protests, I did not wear clothes that exposed me per se. I just wanted to celebrate my birthday with the protesters. Afterwards, I and some of my friends were hosted by another close friend.”

Wow! Weird New Creature Shaped Like A ‘Party Balloon’ Has Been Found 2.5 Miles...

digestng - November 27, 2020 0
The comb jelly gliding through the water (Image: NOAA Fisheries) In what will come across as a really startling development, an odd-looking animal...

digestng - November 27, 2020 0
Gov Rotimi Akeredolu Governor Rotimi Akeredolu of Ondo State has advocated for population control to tackle the issue of unemployment in the country.He cited...