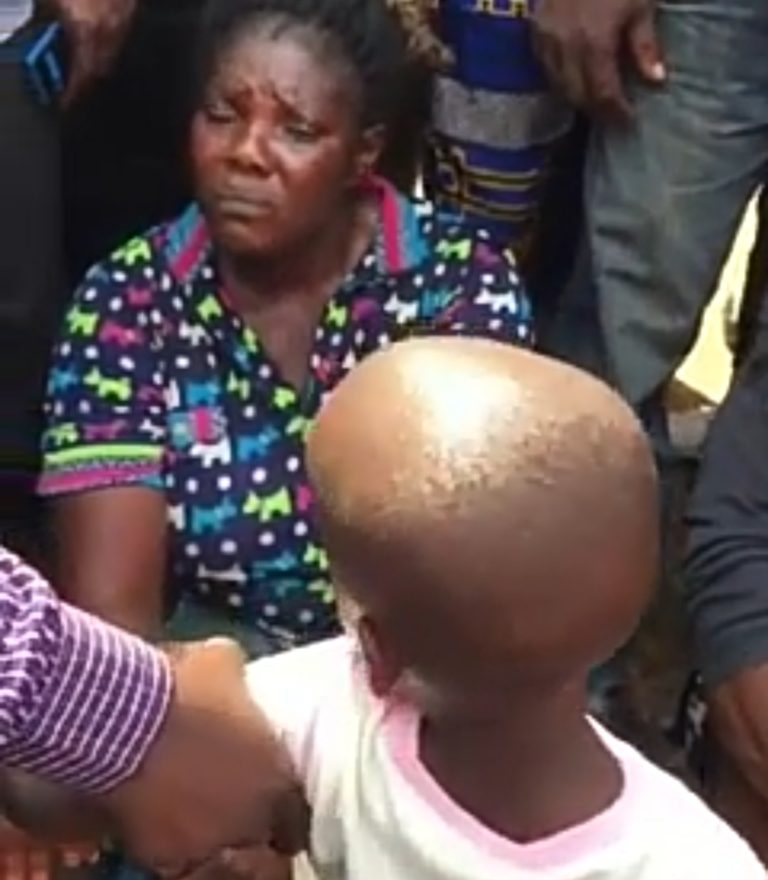 The man and woman after they were caught in Anambra

A mob has caught a man and woman after they kidnapped a little boy from his home and sold him for N920,000 in Anambra state.

Upon interrogation, the male suspect disclosed he was paid 400,000 Naira to kidnap the child from his home and hand him over to the female suspect, who in turn sold the child.

The woman, who was nabbed in Awomama, Imo state, said she was given 920,000 Naira by the people who bought the child. She took N520k and her partner in crime collected 400k.

Luckily, the child was rescued after the female child trafficker was caught and she led them to the people she sold the child to.

After they were nabbed in Uli, Anambra, their bags were searched and they found treats like biscuits in the woman’s bag which she uses to lure kids. They also found charm together with the packs of biscuit.

Shocker! How A Lagos Trader Stabbed His Wife to Death, Cut Off Both Her Hands Over Money

Shocker! How A Lagos Trader Stabbed His Wife to Death, Cut Off Both Her...

digestng - December 4, 2020 0
File photo It was pure shock that took over the Adekunle Street in the Oshodi area of Lagos after a man killed his wife...

digestng - December 4, 2020 0
Peter Kigen The Kenyan man who came back to life three hours after he was pronounced dead by doctors, has now lost his life....

digestng - December 4, 2020 0
The protesters Some angry contractors have staged a protest at the Federal Ministry of Finance, a Daily Post report has shown. The group of government...

Buhari Confirms That 69 Persons Were Killed In The #EndSARS Protests