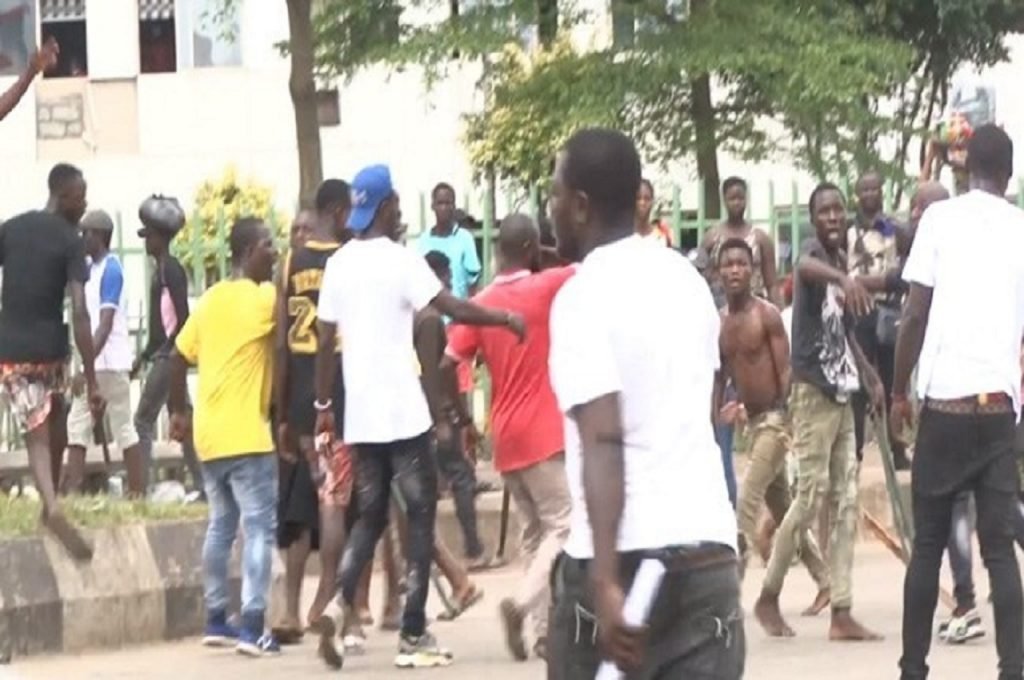 Many people were left running for their lives after hoodlums attacked the National Youth Service Corps, NYSC, orientation camp in Kubwa, Abuja.

According to reports, the incident occurred at about 9am on Tuesday.

The hoodlums blocked the road and ordered motorists to turn back.

According to DAILY POST, the hoodlums were seen with mattresses, plastic chairs, rice, groundnut oil e.t.c

As at the time of filing the report, gunshots are been heard in the area.

Police and the military have also been mobilied to the area and an Helicopter was seen hovering around the camp.

Some reports also revealed that there was looting of the camp.

“My Offence Was Giving Medical Assistance To Protesters” – Pharmacist Cries...