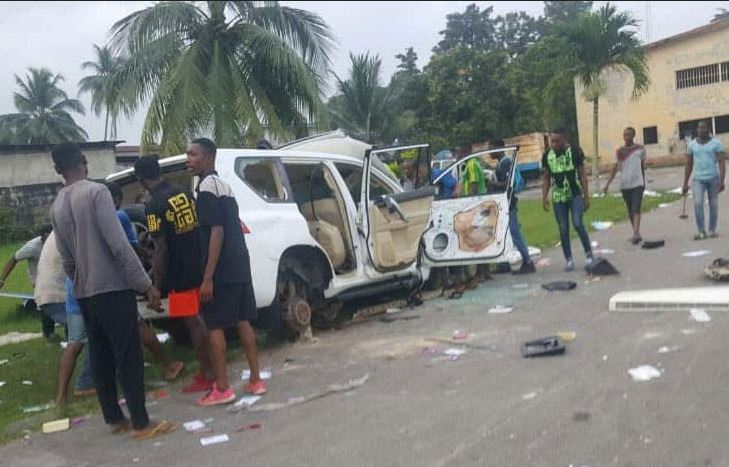 Not more than 80 suspects have been arrested by the Cross River state police command for their alleged involvement in looting government and private properties on October 23 and October 24 in the State.

The state commissioner of police, Mr. Abdulkadir Jimoh who confirmed the arrest said some of the looted items have also been recovered. The police boss who confirmed that a house-to-house search is ongoing, warned parents and landlords against covering up looted items.

“I want to urge community leaders, youth groups and religious leaders to expose the looters and shame them.

“We have arrested more than 80 suspects and they are undergoing interrogations in our various security facilities. Looters have 24 hours to return all the looted items before the house-to-house search gets to them, as recovery of looted items is ongoing.

“No criminal element will be spared; no one who vandalised government property or looted personal effects and invaded people’s private offices will go unpunished; they will be made to face the full wrath of the law.

“We are already working in synergy with other sister agencies in a bid to fish out the bad eggs as well as recover the looted items.

“I will advise all those who are in possession of such items to, in their own interest, bring them or face justice.”

He stated that the police would not rest until all the perpetrators of arson and vandalism in Calabar were apprehended.

“Free me!” – Regina Daniels Finally Reacts to Video of Her...

“Reduce Our School Fees, We Don’t Need The N30k Cash”