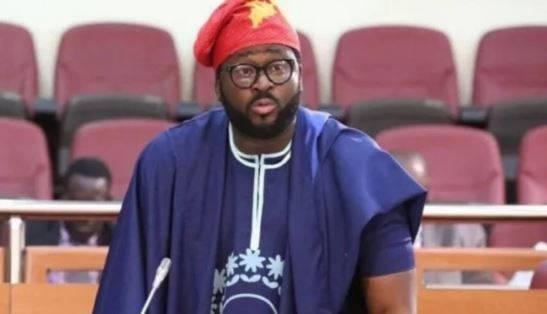 It all started after a Twitter user identified as @DrOlufunmilayo tweeted that the actor is the one pushing the Lagos state house of assembly to develop a bill to regulate and control speech on social media.

This tweet caught the attention of many on social media and the lawmaker was dragged, blasted and disgraced for supporting such bill.

Reacting, Elliot took to Instagram to post a video of himself denying the accusations, Desmond Elliot wrote;

“FALSE FALSE FALSE.. I never said that…No bill to that effect..No house of Assembly can develop such a bill”

See some of the reactions below;

@jabusky17 wrote “Desmond Elliot…. Sorry DESMOND IDIOT , well I’m not surprised, he has always been an idiot since he joined politics… A proud benefactor of Godfatherism”

Watch the videos below;

How Buhari Fired Adamu As IGP While He Was In Imo

Tragedy As Man, Wife And Daughter Are Killed Inside A Church...

UNIBEN Students Revolt After Their Lecturer Reportedly Brought A Gun To...