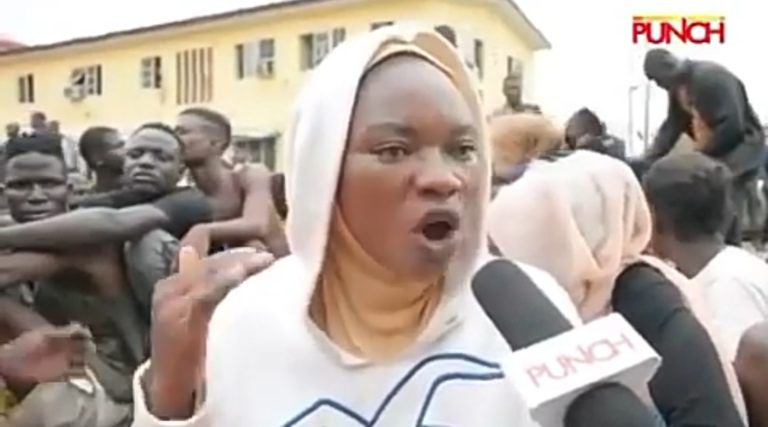 A mother of four has pleaded her innocence after being arrested by the police on the allegation that she burnt down a police state.

Aishat Muhammed, has narrated how she landed in police custody after going out to buy food for her family.

According to Aishat, she was on her way to buy things for food for her family, when soldiers surrounded her and some other women, and put them in their van.

All her efforts to explain that she’s innocent proved futile as the soldiers paid deaf ears to their cries. She said she has spent days in prison without food.

“I didn’t do anything. I have a husband with four children. They said we are criminals, that we burnt police station. Can a lady burn police station?


We can’t call anybody. Nobody knows our whereabouts, no food. Today is making it six days. They are punishing us and calling us criminals. When we try to express ourselves that we are innocent, they will beat us and ask us to shut up. They even used the edge of the gun to hit my leg”, she lamented.

Fans Blast Burna Boy For Acting Unbothered Amidst Cheating Allegations After He Made This...

digestng - December 4, 2020 0
Burna Boy made this post amid cheating allegations   Nigerians have taken to social media to lambast musician, Burna Boy for acting unbothered in the...

BBNaija’s Leo DaSilva Reveals Why He Intends Being A Virgin Till...

Shocking Story Of How Insurgents Killed 13 Borno Farmers While Harvesting...