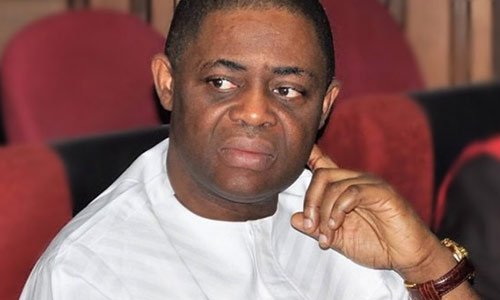 A former Aviation Minister, Femi Fani-Kayode, has spoken up, reacting to the defense by the 81 Division of the Nigerian Army on the shooting at the Lekki toll gate in Lagos State.

Fani-Kayode said the denial by the Nigerian Army was a grave implication on the State Governor, Babajide Sanwo-Olu.

In a tweet, the former minister said Sanwo-Olu was thrown under the bus by the Army.

He wrote: “The @HQNigerianArmy claim it was the LASG that asked for soldiers to be deployed at Lekki. The implications of this for @jidesanwoolu are grave. He has been thrown under the bus by the military.”

Recall that the 81 division of the Nigerian Army had claimed that Sanwo-Olu had invited them to intervene in the End SARS crisis.

A statement by the division, however, insisted that its soldiers did not shoot at the peaceful protesters.

The division described the report of shooting as false, aimed at causing anarchy.

”You Turn Me On, I Have Never Felt Like This in...

I Didn’t Post On My Wife’s Birthday Because Of What Social...