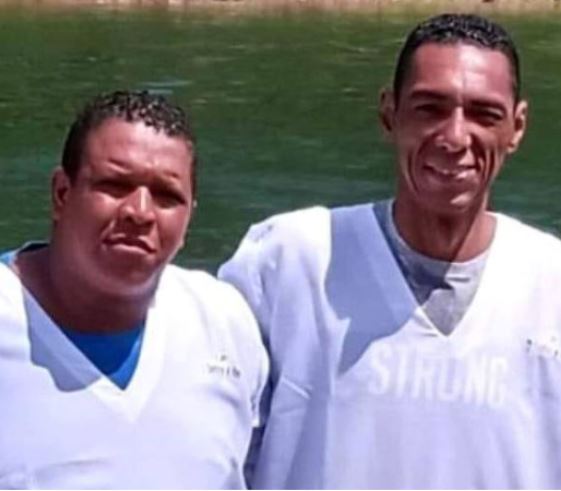 The pastor and presbyter

A cleric, Pastor Davi Santos, has had died alongside a presbyter in Brazil.

They both died when they drowned after going to a reservoir in Brazil to carry out a baptism.

Pastor Davi Santos, 40, and presbyter Samuel Sergio, 38, lost their lives at the Atibainha reservoir, in the south-eastern Brazilian municipality of Nazare Paulista, at around midday on 25th October.

According to local media, the group had taken part in a baptism of eight people and went in the reservoir to cool down before going home to the city of Guarulhos.

Others  present at the scene called the emergency services. Sadly when the fire brigade arrived and recovered the bodies of the pair, they were already dead.

An autopsy and a police investigation are underway.

The pair belonged to the Pentecostal ‘Assembleia de Deus’ church, which is headquartered in Rio de Janeiro and has 100,000 congregations and 22.5 million followers.

Missionary Jackson Jose Araujo de Jesus told local media: “[Samuel] was very dedicated to what he did at the church and his commitment was surreal. He treated everyone well.”

Pastor Erivan Gomes posted a photo of the pair to social media, which he captioned: “My friends. The news was a big shock. I’ll miss you forever.”

Shocker! How A Lagos Trader Stabbed His Wife to Death, Cut Off Both Her Hands Over Money

digestng - December 4, 2020 0
We can probably all agree that 2020 has been a rather strange year. There have been ups and downs for everyone - particularly...

Shocker! How A Lagos Trader Stabbed His Wife to Death, Cut Off Both Her...

digestng - December 4, 2020 0
File photo It was pure shock that took over the Adekunle Street in the Oshodi area of Lagos after a man killed his wife...

digestng - December 4, 2020 0
Peter Kigen The Kenyan man who came back to life three hours after he was pronounced dead by doctors, has now lost his life....

We Are Compiling Evidences To Ensure Trial Of Tukur Buratai Before...

“Nigeria Is Struggling Due To Systemic Weaknesses”