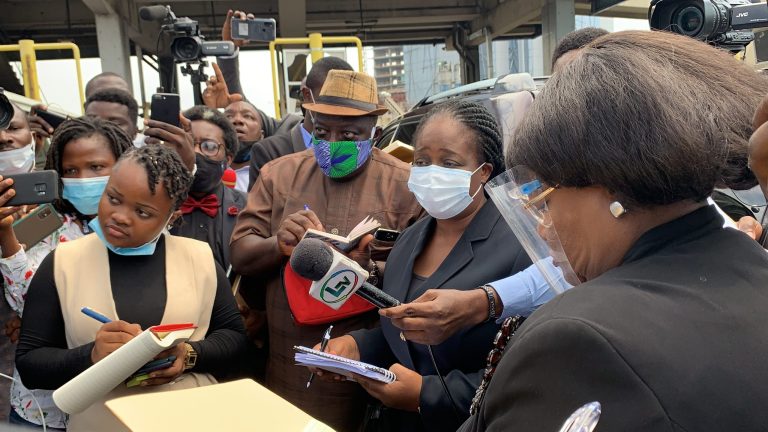 Lagos Judicial Panel members at the scene of the shooting

Officials of a judicial panel set up by the government of Lagos state have taken a tour of Lekki toll gate where soldiers shot at #EndSARS protesters.

Lagos Judicial Panel of Inquiry and Restitution for Victims of SARS Related Abuses & Lekki Toll Gate are currently at the scene where the shooting took place.

The chair of the panel, Doris Okuwobi, led the team and observers to the scene to examine the level of damages done.

This is the second sitting of the panel which began on Tuesday.

On October 20, nearly two weeks into the #EndSARS protests, soldiers reportedly opened fire on demonstrators gathered at a toll gate in Lekki.

List Of Donations From Friends And Well-wishers For Obi Cubana Mother’s...

We Must Expose Every Bad Egg Even If They Are Our...