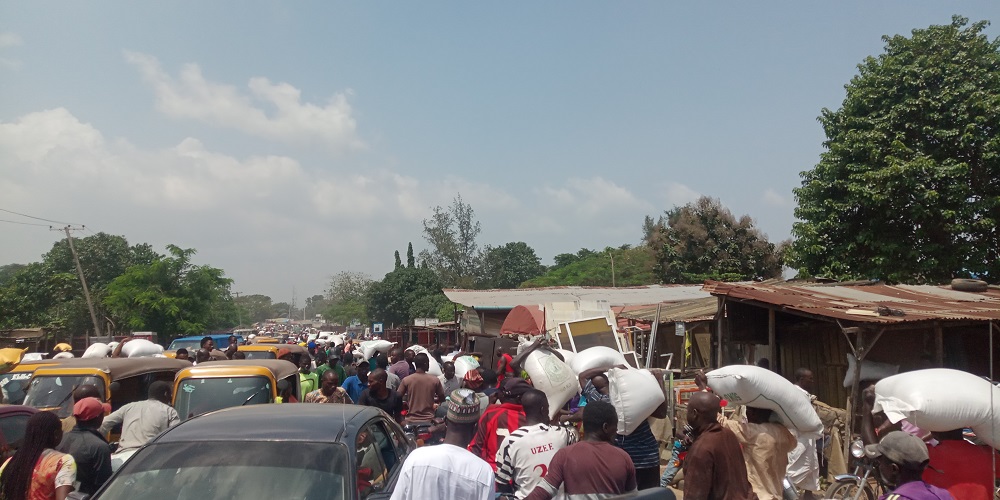 No state governor in Nigeria had the legal or statutory power to invade or barge into homes of citizens under the guise of looking for looted COVID-19 palliatives. This is according to human rights lawyers.

According to SaharaReporters, they described the attempt by some state governors, who have threatened to use security agents to embark on house-to-house search to recover the stolen items as illegal.

According to Senior Advocate of Nigeria, Mike Ozekhome, who spoke with SaharaReporters over the issue, the government ought to have been prosecuted for the negligence of their primary duty on people’s welfare and security as stipulated in section 14 of 1999 constitution.

He said the action negated Section 37 of the constitution, which protects the privacy of homes, correspondences, letters and secrecy of every Nigerians without the right of any person, authority or government to invade or come into that premises without the consent of the owners.

He said, “If governors are saying that people have looted government properties one thing becomes clear, looting without permission is a criminal offence. So, no state government can simply take the law or result to self-help and barge into the homes of these people allegedly searching for so-called looted properties.

“They will first go to a court of law and obtain a search warrant before they can enter any homes at all. The search warrant must indicate why they are going to search the house with dignity of people and fair hearing with their right to privacy and family life.”

He berated the governors for hoarding food items meant for the people while thousands of Nigerians were dying of COVID-19 and starvation.

Ozekhome added that it was shameful for the government to tell the world that people have looted palliatives, which was funded by tax payers’ money.

He said, “These palliatives were funded by tax payers’ money since March when COVID-19 pandemic started ravaging our lives and people died in thousands.

“Hunger, poverty, abject penury, melancholy and hopelessness reigned supreme in the land.  These governors heartlessly and shamelessly hoarded the properties meant for the people they govern.

“They were hoarding these items so that later they will rebrand them and put their pictures as their logos particularly for the 2023 elections that are coming up.”

The legal practitioner explained that any Nigerian whose house or property were illegally invaded without a search warrant by security operatives have the right to challenge such action in court.

Another lawyer, Tope Akinyode, who expressed his mind on the issue, said the action was another ploy by the government in cutting corners to get justice.

He said, “If someone takes another person’s property that is stealing and there are legal procedures to follow to prosecute and charge such person to court.

“The court determines whether that person has actually stolen the property or not. Executive fiat or legislation cannot determine the ingredient of stealing has been established unless it has been determined by court and the guilt of an offence cannot be established.”

He said any attempt by the state governments to embark on such action would be tantamount to illegality and exercise in futility.

He added that it was criminal for state governors to hoard what belonged to the people.

“You can only do that if there is a court order that validated such. Yes, in some occasions the security operatives have the right to take some properties as evidence for further interrogation but this is not the case of picking up exhibits for the sake of prosecution or interrogation but is a case of the government wanting to recover some properties belonging to the government,” Akinyode added.

Official Reveals Number Of Police Officers Who Were Murdered And Injured...