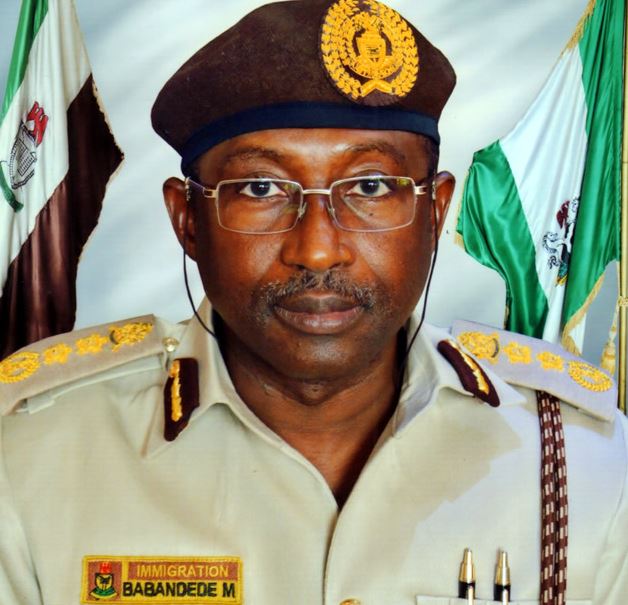 The Nigerian Immigration Service has dragged some officials of the Ministry of Interior before the Economic and Financial Crimes Commission, EFCC over the N3.9bn deducted from the Combined Residence Permit Alien Card account.

Comptroller General of NIS, Muhammad Babandede who disclosed this as he appeared before the Senate Committee on Public Account to defend the Auditor General’s query issued against the agency, said a firm Messes Continental Transfect Technique Limited which executed the project was also before the anti-graft agency.

The Auditor General had written in the query;

“The purpose of this contract was to replace the paper Expatriate Residence Permit and Aliens Card in use with combined special purpose card that would ensure computer legibility and 21st Century computer compatibility.

“Applicant would pay $350 which formed the basis for sharing ratio as follows: Federal Government, 50 per cent; contractor, 40 per cent, while a designated account of the ministry as operation cost is 10 per cent.

“As at December 2015, physical audit inspection revealed that nothing had been done at new issuing centres in 28 states command, even after N3.9bn had been deducted or set aside from sharing ratio purpose between 2014 and 2015.”

However appearing before the senate committee, the NIS Comptroller-General said the controversial contract was between the Ministry of Interior and CCTL.

“We have written to the Economic and Financial Crimes Commission on the matter. The money they collected for those centres should be collected back.


“Therefore, the Nigeria Immigration Service may not give satisfactory answer to any query convincingly from this contract.”

Following Babandede’s submission, Senator Mathew Urhoghide who is the chairman of the committee released him and his team.

He then asked them to await further communication on the issue.

Tension In Delta As Hoodlums Stab Community Priest To Death For...