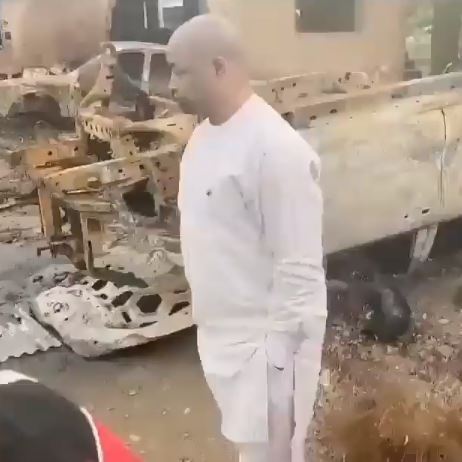 The National Union of Road Transport Workers Chairman (NURTW), Musiliu Akinsanya aka MC Oluomo visited the Makinde Police Station in Oshodi which was burnt down by hoodlums who hijacked the #EndSARS protest.

The Chairman inspected the burnt police station with some of his comrades.