The Federal Competition and Consumer Protection Commission (FCCPC) has conducted an investigation into Harzoyka Restaurant in GRA Ikeja after it was alleged that there is a policy that does not allow service to female customers who are not chaperoned by a male folk.

It began after CNN journalist Aisha Salaudeen called out the eatery following her experience there. She said she was “kicked out” of the restaurant for being a woman without a man accompanying her and was told it’s a new policy.

After her thread on the matter went viral, Federal Competition and Consumer Protection Commission FCCPC visited the restaurant on the allegation of gender-based discrimination.

The FCCPC then gave an update on their findings on Twitter.

According to the FCCPC, the “Commission is issuing a Compliant Notice pursuant to section 150 Federal Competition & Consumer Protection Act, and the undertaking in question shall remain under supervision for a limited period to ensure adequate training and oversight regarding illegal or prohibited parameters for denying access, and proper customer engagement and complaint resolution.”

The Commission added that it “rejects any discrimination or stereotyping on account of race, gender, social class, or any other protected ground, and will subject any perpetrator to the fullest weight of the law.” 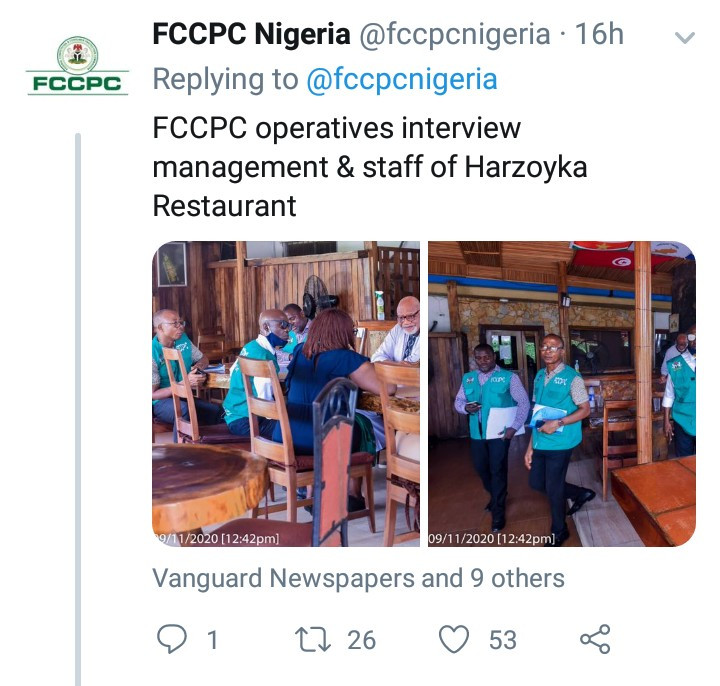 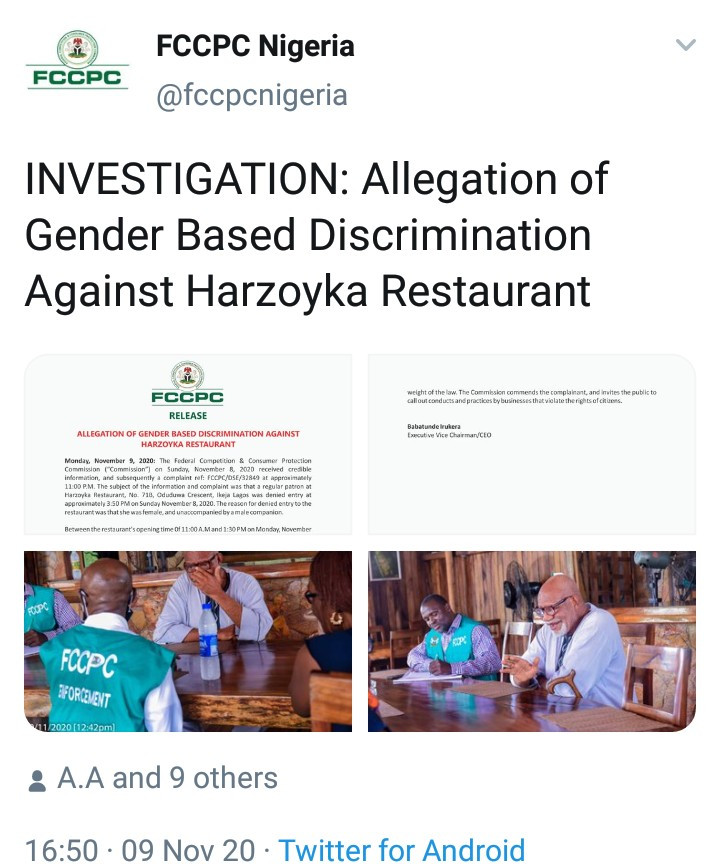 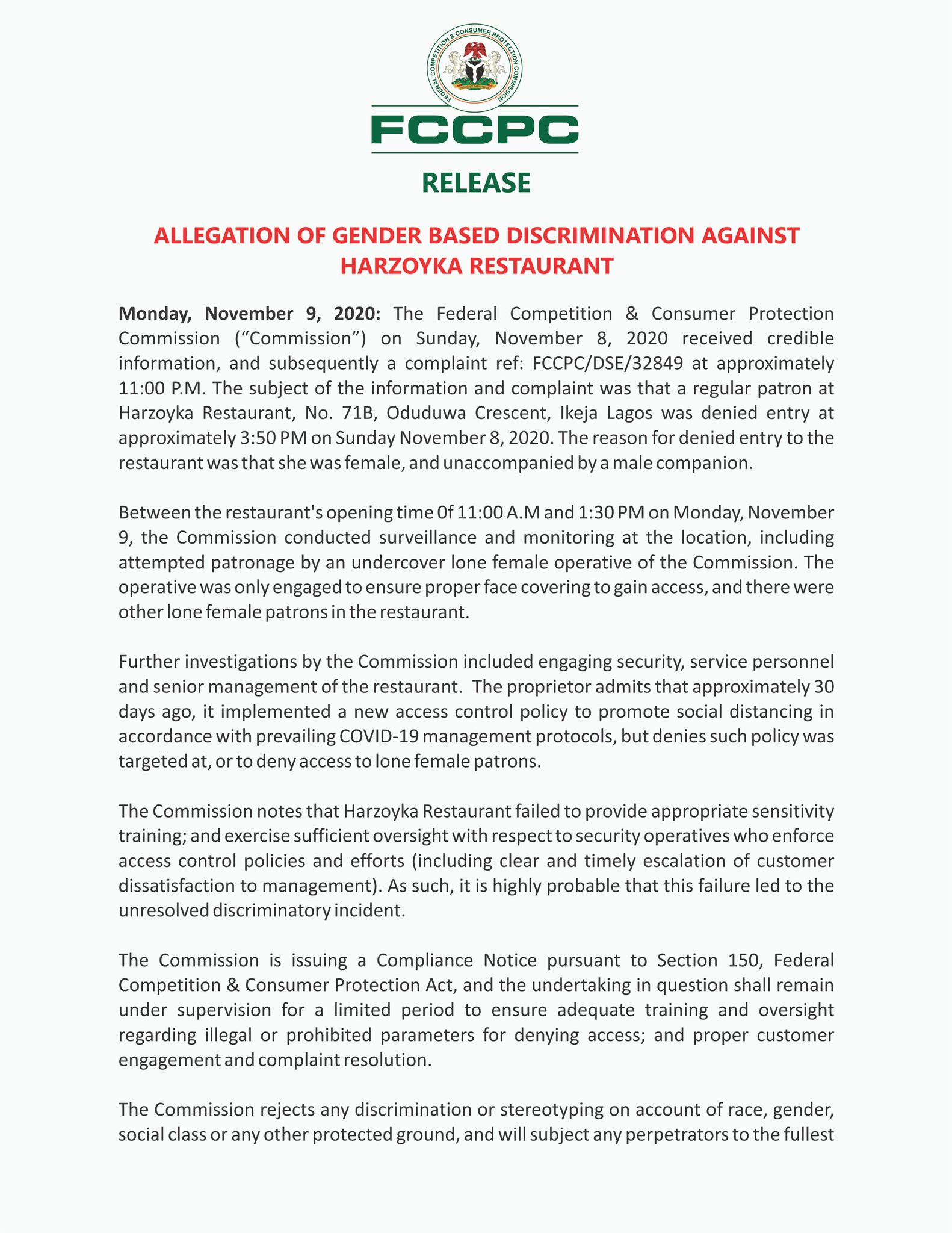 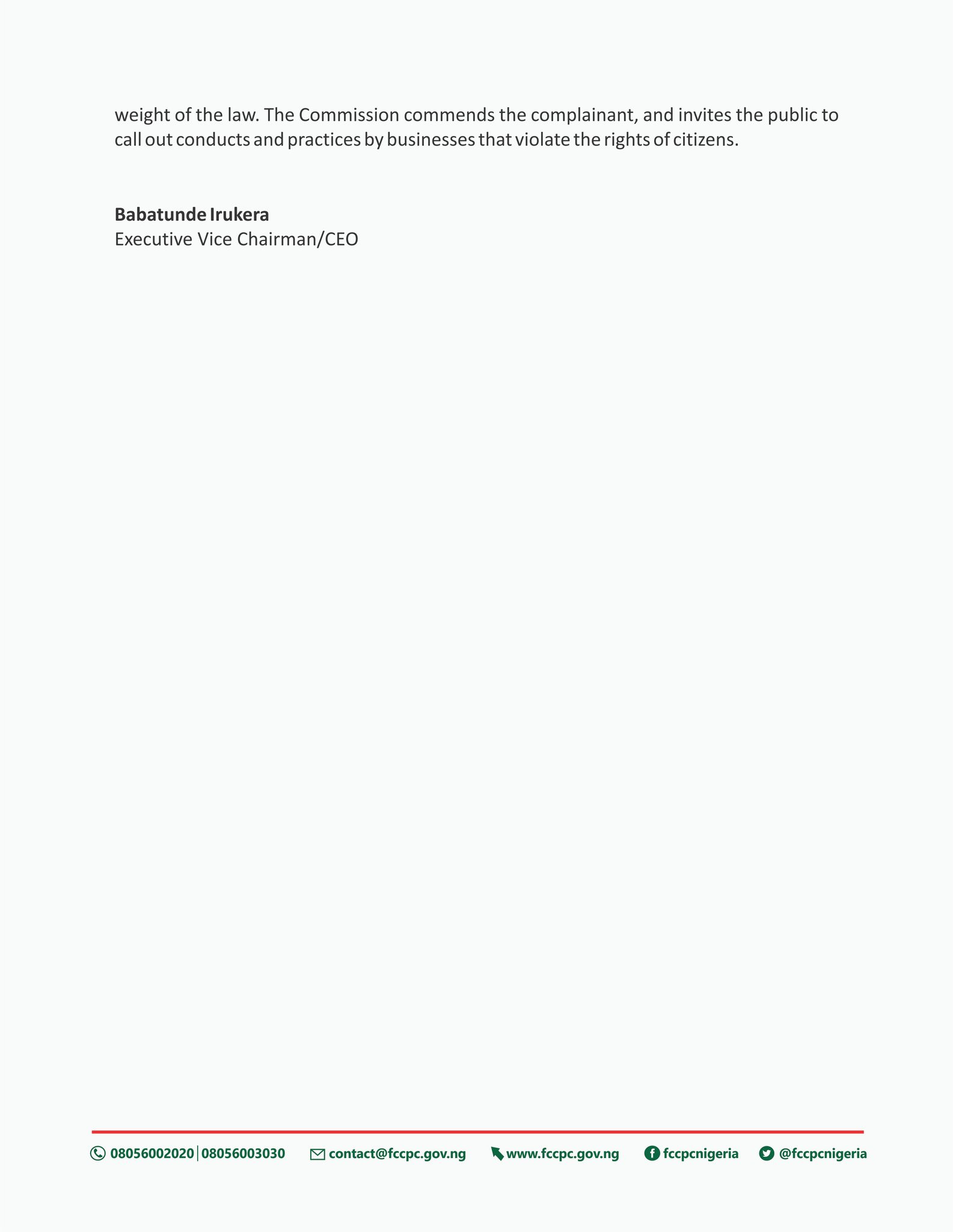 “Suspend Yomi Fabiyi And Iyabo Ojo Too” – Nigerians React After...