An employee got more than what he bargained for after he decided not to mind his business and focus on his job.

The newly employed man had to be at his boss’ house to complete an assignment. Getting there, he saw that his son had a tattoo and decided to chastise him right in front of his father! 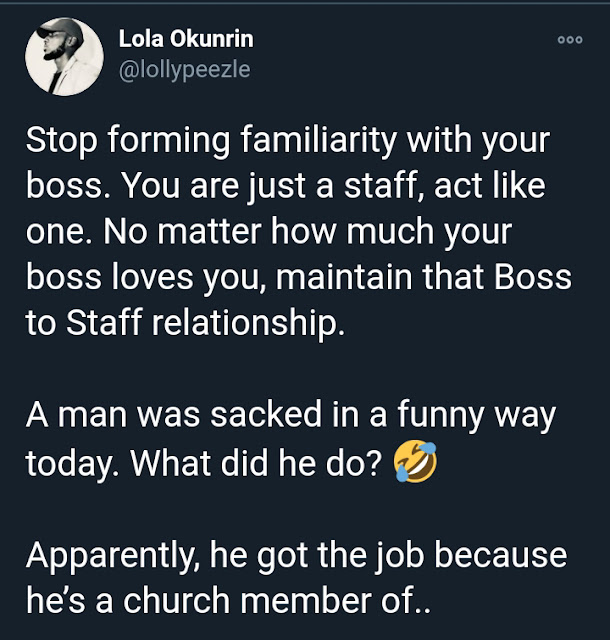 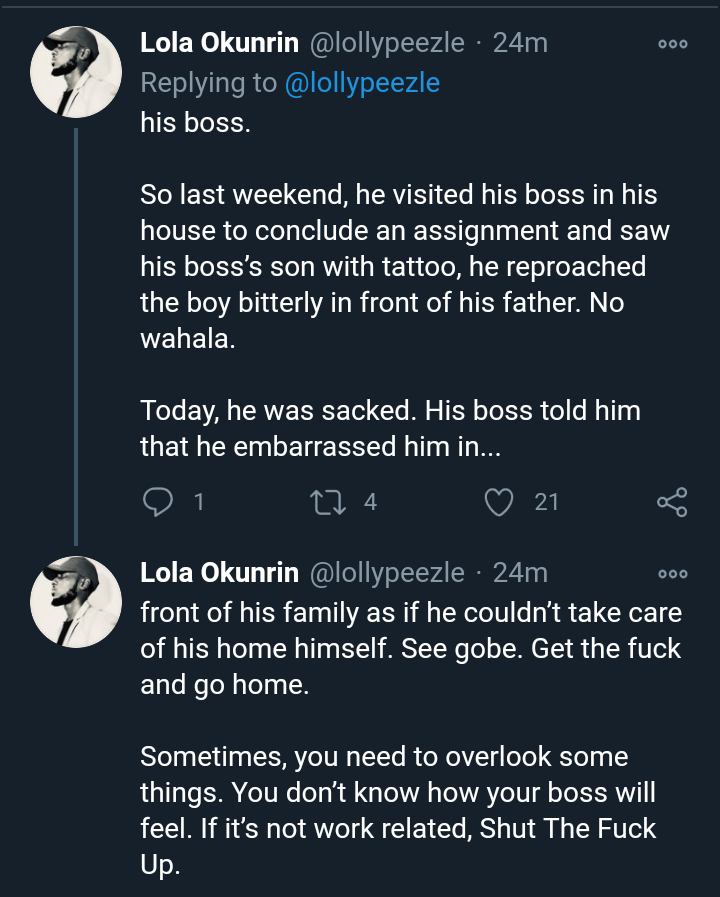 Funmi Iyanda Reacts To Sad Photos of Starving Lion And Other...