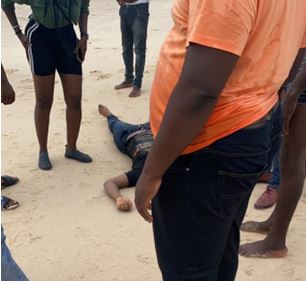 Nigerian Woman Rescued From Drowning By Passersby While Her Boyfriend Drowns


A Nigerian woman was rescued from drowning after her screams were heard by passersby while her boyfriend did not make it.

Not much is known about the woman or how she got into the water at the moment.

Samuel Otigba, a business strategist who jumped into the water to save her, shared a photo of her lying unconscious after she was pulled out and gave an update.

He said the woman had gone in the water with her boyfriend then they began drowning.

It is reported that the boyfriend didn’t make it. The woman was lifeless when she was brought out but was still breathing.

She has been handed over to a medical doctor and is expected to recover. 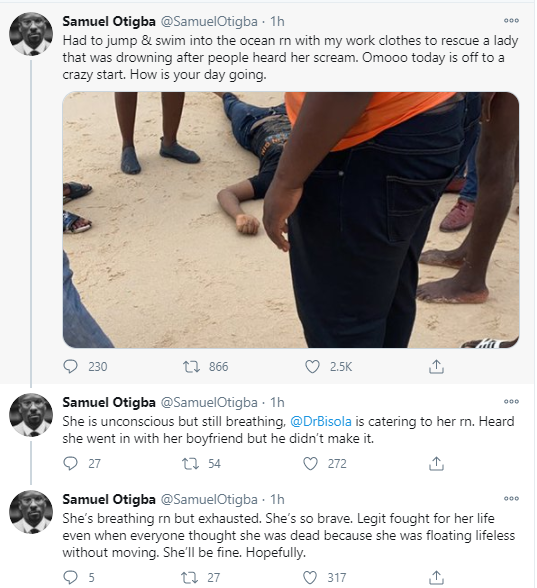 Panic As Dead Man “Breathes” After His Corpse Was Exhumed One...