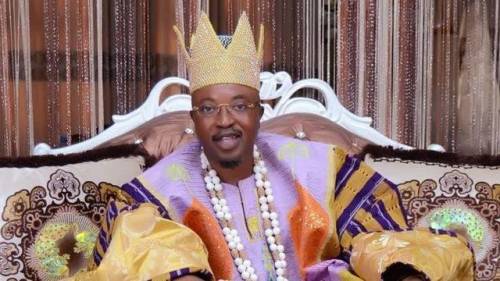 Oba Abdulrasheed Akanbi, the Oluwo of Iwo, has said he wants to lead the #EndSARS movement.

The monarch asked the youth of Osun State to make him their leader whenever the need arises to hold another protest against police brutality.

According to the monarch, a protest without leadership like the just concluded #EndSARS will not work in Nigeria.

The monarch said he was ready to lead the youth in any genuine protest as a way to make their demands get to the authorities concerned.

He said, “Next time, if you want to organise a protest and you don’t have anyone to lead you, you may be afraid that they may kill you or you are afraid of being arrested, come to me, I will lead the protest.

‘I Was Paid 1500 Naira To Attack #EndSARs Protesters’