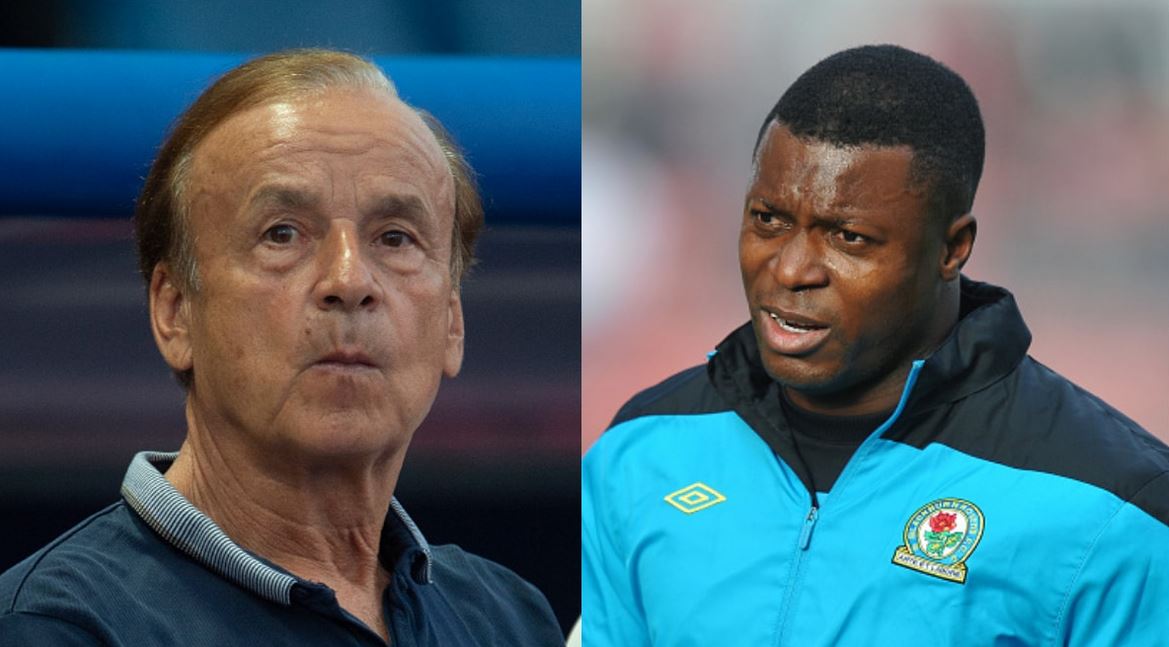 This is coming in the wake of the home and away draw with the Leone Stars of Sierra Leone in the AFCON 2021 qualifying series.

Nigeria let a four-goal-lead slip in the first leg allowing the visitors pull magical four goals back to draw 4-4 at the Samuel Ogbemudia Stadium in Benin on November 13, before managing a 0-0 draw in Freetown four days later.

Rohr assumed the role of Super Eagles head coach in 2016, and within this period he has led the team to the 2018 World Cup and 2019 Africa Cup of Nations with Nigeria finishing third in the latter competition.

Aiyegbeni believes it is the time to sack the German tactician as he is not good enough.

“The coach is not good enough, let him go,” the former Super Eagles striker said in a phone interview with Lagos Talks.

“Some of the boys are not good enough, I don’t know where they are bringing them from. Who is inviting these players?

“Our football is getting worse every day. When I was there, people criticise us, but we’re way better than these ones.

How I Almost Lost My Life To COVID-19 – Presidential Aide,...

Worst Police Officers Are Better Than The Best Criminals