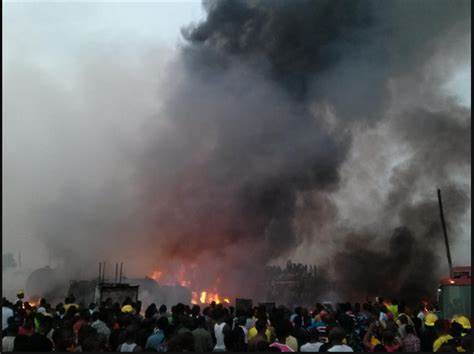 It has been reported that a huge fire has razed down part of Otukpo main market in Benue state for second time this year.

According to The Nation, the fire which started about 8:00 am in Lagos line spread fast into another section and destroyed good worth millions of naira on Wednesday morning.

The arrival of Otukpo fire service officials who help put out the fire prevented what would have been a total raze down of the market.

On March, 16, 2020 Otukpo main market was gutted by midnight inferno which destroyed goods worth millions of Naira.

Chairman of Otukpo council Hon. George Alli who confirmed the incident said he has taken steps to addressed incessant fire outbreak and appealed for calm by traders.

No Pardon For Rapists In Lagos State