Maradona, who died on Wednesday at his home in Argentina following a heart attack, met the pope several times at the Vatican. 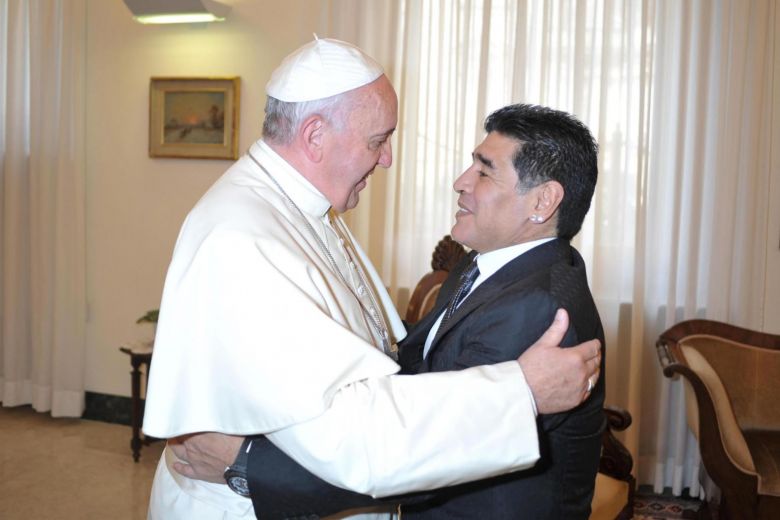 The Pope remembers Maradona with affection and is keeping him in his prayers, the Vatican said on Wednesday.

Maradona, who died on Wednesday at his home in Argentina following a heart attack, met the pope several times at the Vatican after Francis was elected in 2013 as Latin America’s first pope.

“The pope was informed about the death of Diego Maradona, he recalls the times he met him in these past years with affection, and he is remembering him in his prayers,” Vatican spokesman Matteo Bruni said.

Francis is a lifelong fan of the Buenos Aires San Lorenzo soccer team.

The official Vatican News website ran a story of Maradona’s death on its front page with a headline calling him “soccer’s poet”.

It called Maradona “an extraordinary player but a fragile man,” a reference to his struggle with drugs.

Maradona travelled to Rome several times to take part in several benefit games called “Matches for Peace,” whose proceeds went to a papal charity for education in developing countries.

The proceeds were also for victims of the 2016 earthquake in central Italy.

Maradona also gave the pope a signed jersey with a dedication that read in Spanish: “To Pope Francis, with all my affection and (wishes for) much peace in the world.”

Nigerian Artiste Who Was Planning To Feature Davido Arrested For Robbery...