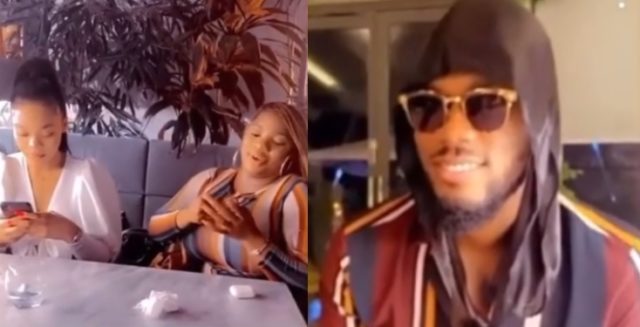 BBNaija’s Prince has jokingly asked thunder to fire Dorathy and Lilo after they took him out and made him pay the bills.

The incident happened yesterday at a fancy restaurant in Lagos.

The former BBNaija reality star, Prince shared a video calling Dorathy and Lilo out for making him pay their bills after they were the ones that invited him.

“This girls brought me out and made me pay the bills” Prince wrote in the video he shared.

Lilo also shared a video saying; “We made him pay. So pained”

Prince then cursed them saying “thunder will fire both of you”

Watch the video below…

Lekki Massacre: “Game Over, Step Down”