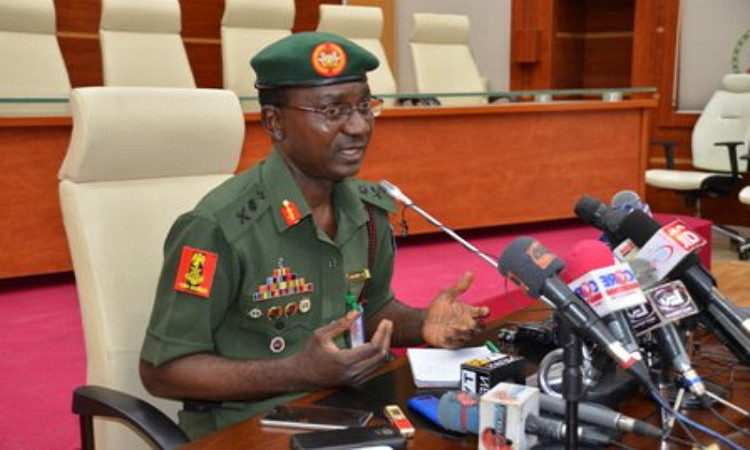 The Nigerian Defence Headquarters has insisted that only 43 persons were killed by Boko Haram terrorists as against the 110 claimed by the United Nations.

The Director of Information, Maj. Gen. John Eneche made the clarification during an interview on Channels Television on November 30, 2020.

ToriNG had earlier that United Nations Humanitarian Coordinator in Nigeria, Edward Kallon said no fewer than 110 farmers were killed in Saturday, November 28 attack on rice farms in Zabarmari community in Borno state.

Reacting to this in an interview on Channels Television today November 30, Eneche stated that what the military have so far counted with the locals is 43 bodies. He noted that the military is still searching for dead bodies, while also admitting that some people ran into the bush during the attack.

He added that while there is a possibility of the death toll rising, he is however hopeful that those who ran into the bush will return alive.