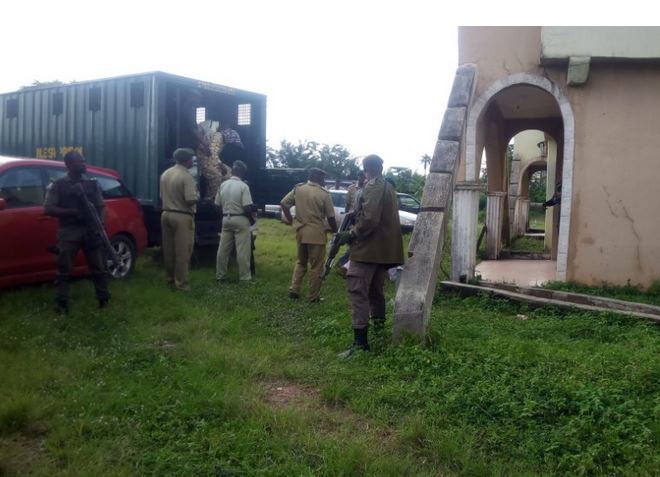 The Osun State High Court has arraigned two of its employees for allegedly stealing typing sheets worth N30,000.

The defendants, Adedoyin Adebowale, 46, and Sulaiman Tajudeen, 46, appeared on Monday before Magistrate Adijat Oloyade of the Osogbo Magistrates’ Court on two counts of conspiracy and stealing.

Addressing the court, the police prosecutor, Inspector Kayode Adeoye said the defendants perpetrated the act on November 20, 2020, on the premises of the Osun State High Court, Oke-Fia, Osogbo.

Adeoye said the two men conspired and stole six-packs of typing sheets, a property of the Osun State Judiciary.

Adebowale and Tajudeen pleaded not guilty to the charges.

Counsel for the defendants, Mr. Taiwo Awokunle, applied to the court for their bail.

Ruling on the application, Oloyade admitted the defendants to bail in the sum of N100,000 with two sureties each and adjourned the matter till January 7, 2021, for hearing.

“You Are The Minister Of Misinformation”- Fayose Lambasts Lai Mohammed For...

Shock As 5-Year-Old Boy Who Was Sent To Buy Water Is...