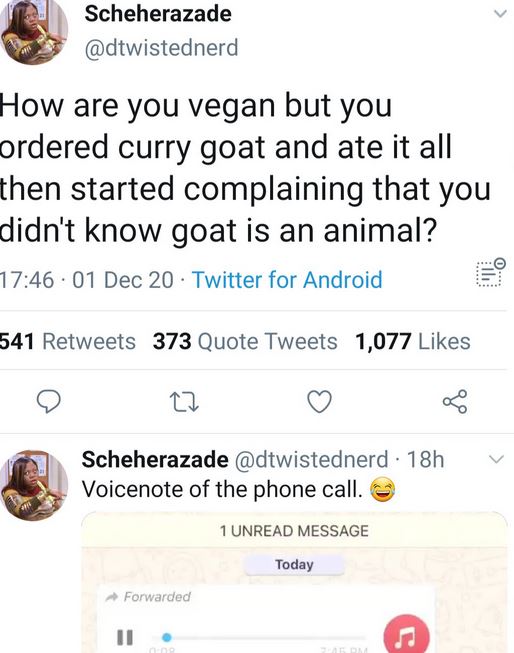 A vegan woman has called out a restaurant for serving her curry goat after she ordered the dish.

She specifically asked for a “curry goat” and was served just that.

After taking the dish she ordered home and eating it, she called the restaurant to complain.

She said she “ate the meat and sucked the bone” because she thought it was “fake bone”.

“I didn’t know it was a real animal. I didn’t even know goat was even an animal. I thought it was a vegetable.”

Sobbing, she continued: “I’ve been a vegan for 28 years and you guys ruined it for me.”

Listen to the call below;

Voicenote of the phone call. 😂 pic.twitter.com/qwGLuPCBp2

So Sad! Bandits Kill Father Before Abducting His Son In Katsina...