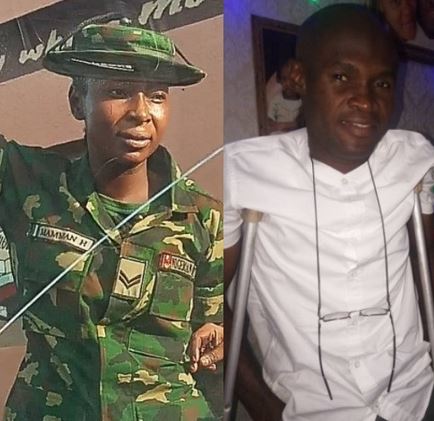 Olumuyiwa Bolade Adedeji, a physically-challenged man has accused a female soldier of brutalizing him at his daughter’s school in Ibadan, Oyo state on Thursday November 3.

Adedeji in a post shared on his Facebook page said his issue with the military woman started yesterday, December 2 when he cautioned her daughter.

”I was beaten up by this military woman this morning…

My offence was that her child ran in front of our moving vehicle but was not touched.

I got out of the car to warn the child not to run in front of a moving vehicle again..

This morning, this military woman waylaid me in front of the school, Josabig Nursery and Primary School Oke Itunnu, Mokola Ibadan.. She and another woman with 3 other men slapped severally. We couldn’t do much myself and only the children in the vehicle..

On our way back, she was fully kitted in Nigeria Army Uniform as seen below, I knew a foul play will happen told my daughter to start recording, she started beating me again as seen in the attached video. Her accomplices wanted to join until they realised they were been recorded..

I am currently on my way to letmack barracks Mokola to lodge a formal complaint..”

The soldiers at Mokola Barracks would not allow us in after showing the video….

After some forceful arguments we had our way in…

The story however changed when we got to the military police unit at Mokola Barracks, where, after making me to walk for several kilometers in the name of looking for the woman, claimed she is an unknown soldier…” 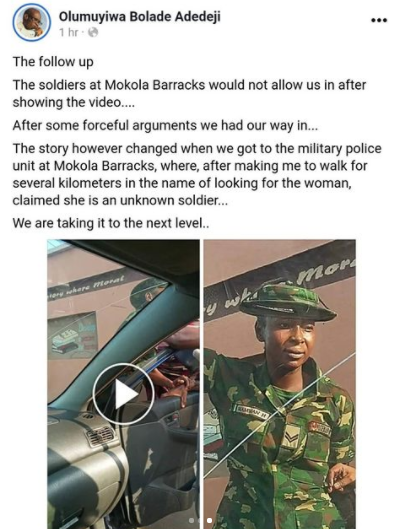 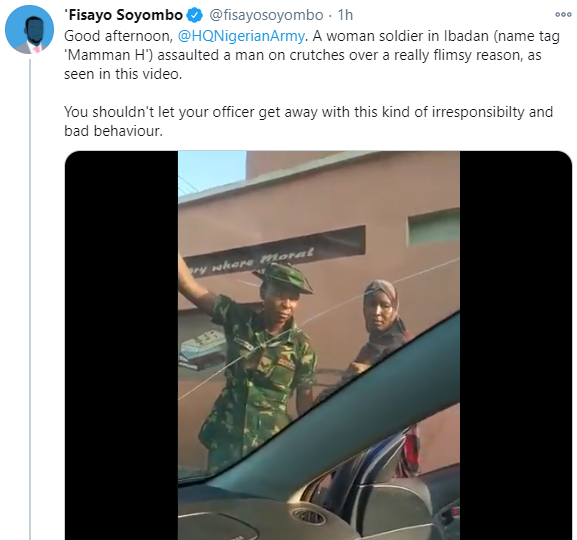 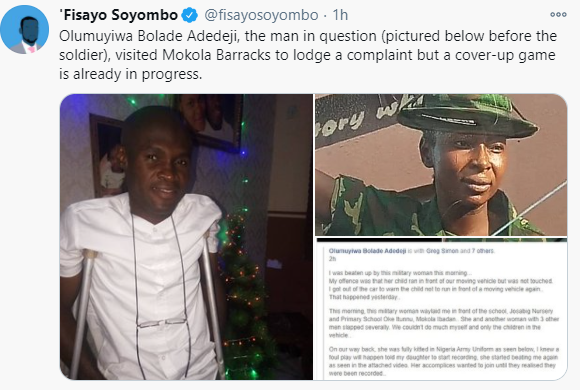 “A Lot Has Changed In Borno Under President Buhari”- Presidential Aide,...