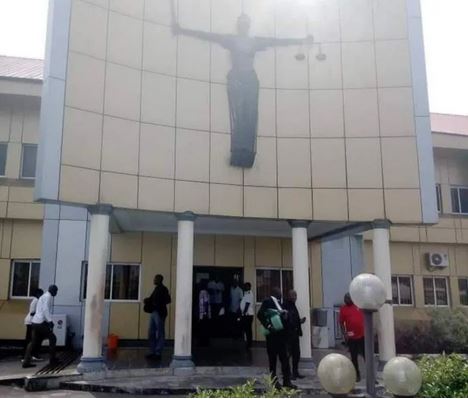 Some hoodlums have reportedly invaded a Bayelsa court, sacking judges.

However, security was reinforced around the Federal High Court sitting in Yenagoa, Bayelsa State on Friday to avert a repeat of the Thursday afternoon invasion of the court by armed hoodlums.

The hoodlums numbering twenty overpowered the security men on duty and forced their way into Court II which was handling a pre-election suit involving the candidates of the All Progressive Congress, APC, and Peoples Democratic Party, PDP, for the Bayelsa Central Senatorial District and destroyed the valuables of judicial officers and court properties. 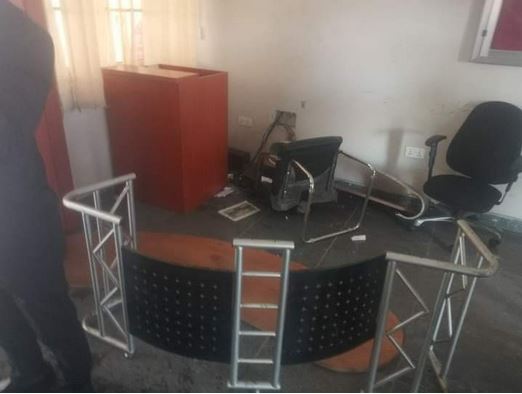 The marauding hoodlums manhandled and chased away lawyers and staff at the court and made away with mobile phones, cash and other valuables.

A court official told Vanguard reporter that dynamite was also thrown into the court premises but was promptly disabled by the police anti-bomb squad before it could explode. 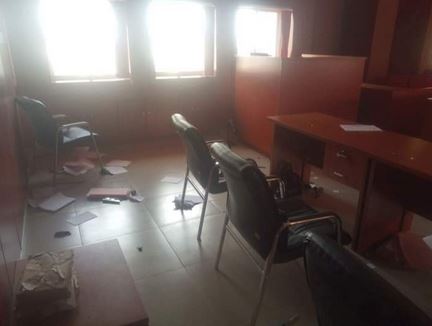 The sad incident it was learnt informed Friday’s security beef up inside and outside of the Federal High Court premises at the Onopa suburb of Yenagoa, the state capital.

Though civil in their conduct, the combined team of security operatives comprising the army, police, and men of the Nigerian Security and Civil Defence Corps, NSCDC, searched vehicles and visitors going into the premises ostensibly to prevent bringing of the dangerous weapon into the court as witnessed during the Thursday desecration of the temple of justice by some hoodlums.

Strike Looms As Talks Between FG And Labour Over Petrol Hike...