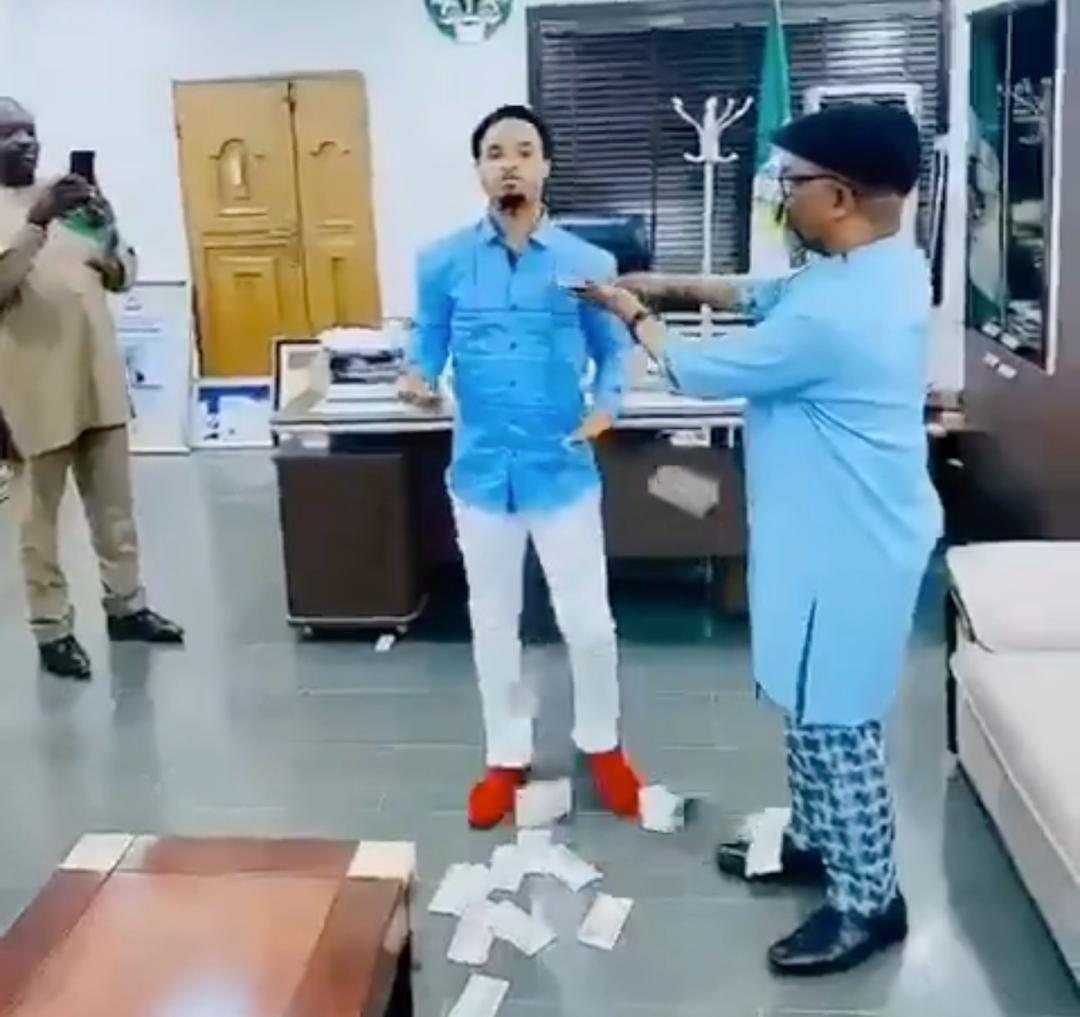 Anthony Agbazuere, the chief of staff to Okezie Ikpeazu, governor of Abia state, has been caught on camera spraying money on Odumeje, the ‘Indaboski’, and the video is now trending online.

In the video shared on Twitter by @Enwagboso, Agbazuere is seen spraying naira notes on a dancing Chukwuemeka Ohanaemere, better known as Odumeje, controversial Onitsha-based clergyman.

The date the video was shot is unknown but it appears to have been in Agbazuere’s office.

The position of the Chief of Staff to the Governor should come with a high moral behavior that drives leadership interactions.

If I were to be the Governor of Abia state, Dr. A.B.C. Agbazuere would have lost this position the minute I see this video.

Some Nigerians have expressed their reservations about the 27-second clip, calling on Ikpeazu to sanction Agbazuere.

Some based their complaints on financial waste and others on disregard for the Central Bank of Nigeria’s (CBN) regulation against spraying or stepping on the naira.

‘Lil Frosh Will Not Suffer As Long As I Am Alive’