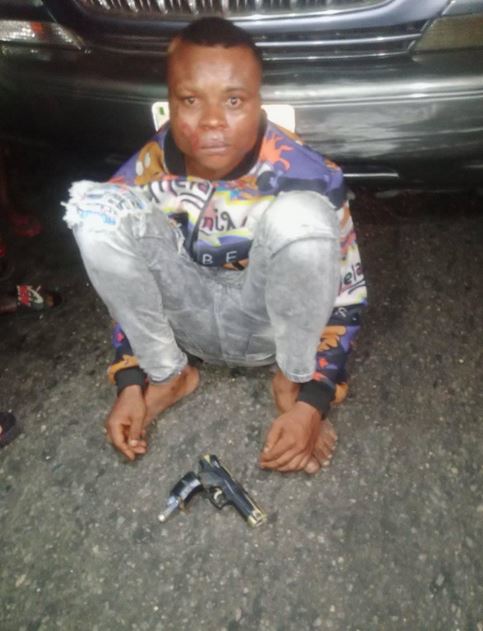 A notorious thief has been nabbed in Port Harcourt, the Rivers state capital after snatching a phone and handbag from a victim with a dummy gun.

The incident happened at Chida by Ada George area of Port Harcourt on Sunday night, December 6.

According to a vigilante member, Collins Chidoka who caught the suspect, eyewitnesses said the suspect and his gang members have been terrorising residents of the area.

“Yesterday night at about 7:50pm on our way going to pepperoni at chida by Adagouge with my younger brother, and my presido the chairman of Diobu Security Service (DSS) popularly known as DIOBU VIGILANTE, was at the front driving while I was with my younger brother on my Bike driving too, when we got to happy food bakery i drove into a scene where this idiot and two other of his gang men carrying a bike was snatching a young girl’s phone and handbag,”

“So I asked my younger brother to grab him very well while I pack my bike but when I discovered he was holding a gun I left my bike to fall on the floor and assisted him to grab him. I held him and discovered that the gun was a toy gun so I quickly call on my Chairman to comeback to the scene.

“Though some police officers came and collected him from us after few investigation and some eyes witnesses, passerbys and people who reside at that environment testified that him and his gangs has been terrorising and making the whole of that zone unbearable and uncomfortable for them. Diobu vigilante will never stop this good job of ending crime in portharcourt at large.” 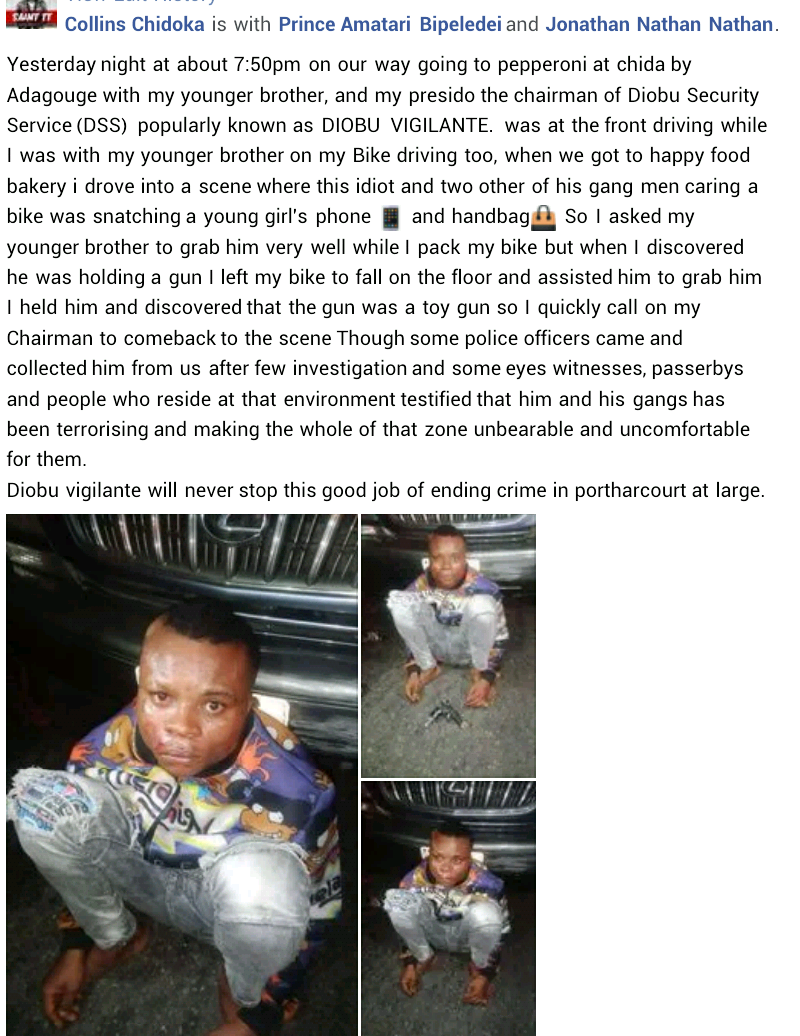 digestng - January 22, 2021 0
File photo Desert Herald is reporting that over 500 bandits have agreed to lay down their arms after a peace deal that was struck...

digestng - January 22, 2021 0
Teebillz and his son, Jamil Estranged husband of Tiwa Savage and music exec, Tee Billz has lambasted those who told him to shave his...

So Sad! Disturbing Photos Of Police Officer Beheaded And Burnt In...

China Stops Nigerians From Entry Due To COVID-19

Man Cries Out After Native Doctor Duped Him Of 7 Million...