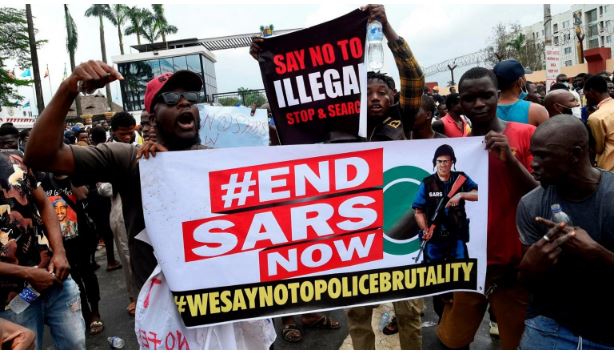 In a bid to stop another round of #EndSARS protests, armed soldiers and policemen have been deployed at the Lekki toll plaza, Lagos.

According to Punch, the security operatives were deployed around midnight.

The Police Public Relations Officer, Muyiwa Adejobi, did not respond to calls on Monday morning.

However, both the military and the police authorities had warned several times last week that they would not allow another round of protests to take place.

The #EndSARS protests, which took place in October, were hijacked by hoodlums leading to destruction of properties and loss of lives.

The demonstrations also turned bloody in Lagos on October 20, 2020 when men in military uniform opened fire on young protesters at the Lekki toll plaza, an epicentre of the protests in Lagos.

Thousands of prisoners were also set free during the riots that followed.

digestng - January 21, 2021 0
The customer said she asked the carpenter to make her a table with drawers and he ended up placing the drawer in the...

#EndSARS Protest Has A ‘Hidden Agenda’