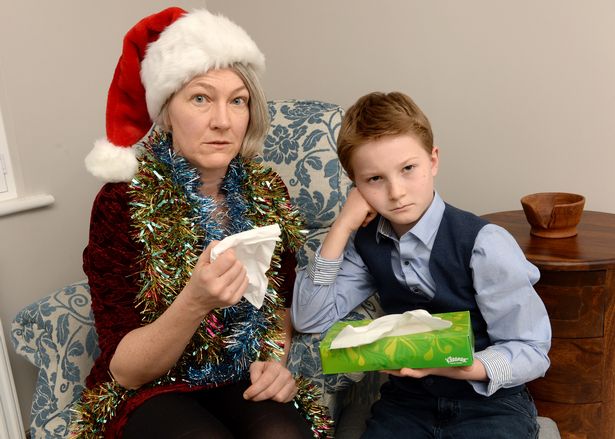 The story has been told of Victoria Osborne, a 47-year-old mum who is “allergic to Christmas” fears she could go blind over the festive period due to wrapping paper and decorations.

According to Daily Star UK, Victoria Osborne has never been able to give her 11-year-old son the Christmas the rest of us experience – with tinsel and trees.

Victoria, who lives with her son Gabriel, has a severe allergy to formaldehyde, The Mirror reported.

The chemical is used to preserve dead bodies, but is also found in fake Christmas trees, crackers, ornaments and gift wrapping.

In fact, exposure makes her eyes burn like “rings of fire” and her lids swell up so much that doctors fear she could lose her sight all together.

Whilst the rest of the country put up lights and drape tinsel all over their homes, Victoria keeps the decorations firmly tucked away.

She told The Mirror: “I watch everyone else going mad at Christmas.

“They have to spend so much money, the number of traditions they adhere to seems to increase every year – Elf on the Shelf,

“We have none of that.

“I have to stay away from things that make me ill, so I avoid Christmas -the shopping, the gifts, the revelling, the decorations.

“There is no tree in our house or festive ornaments. We only send a few Christmas cards and only if I feel well enough to do that.

“I feel terribly guilty that Gabriel can’t have a proper Christmas. Bless him, he accepts it because he doesn’t want to make me ill.

“I wish I could give him the magic of Christmas that he truly deserves, but it’s just not possible.

“The last time I put decorations up, he was five, and I got so ill, I remember nothing of that Christmas at all.” 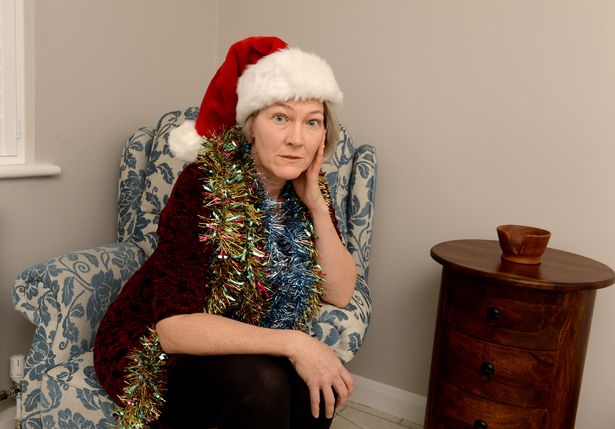 Victoria, who also lives with her mum Colleen Dickens, 67, enjoyed a typical Christmas as a child and dermatologists are baffled as to why she has developed such life-changing sensitivities at a later age.

She suffered her first severe reaction after visiting a relative in hospital seven years ago.

Tests later found she was allergic to formaldehyde but she is also sensitive to other chemicals.

She believes the reactions may be linked to a genetic condition she suffers, a hypermobility variety of Ehlers-Danlos Syndrome.

Victoria can not tolerate makeup and does not dye her hair or wear perfume and had to quit her job in IT sales because of her health.

She uses vinegar and bicarbonate of soda to clean the house, and soap-nuts – a natural berry shell – to wash clothes.

Victoria added: “At Christmas it’s really hard. The weather is darker and there are so many artificial lights.

“They really hurt my eyes – it feels like shards of glass every time I blink – and they bring on migraines.

“Then there are the shops. These are hell for me in every way.

“For us, Christmas is calm and simple. My mum, dad and I buy my son a few presents.

“Before Christmas Day, we take them out of boxes and get the packaging out of the house as soon as possible.

“Then we cover them in a blanket for Gabriel to find.

“On the day itself, we have a lovely meal, go for a walk with the dogs, eat a bit more than usual, play board games and watch TV.

“We don’t have any stress and that part of it is lovely.”

Thousands of PDP Members Dump Party, Cross Over to APC