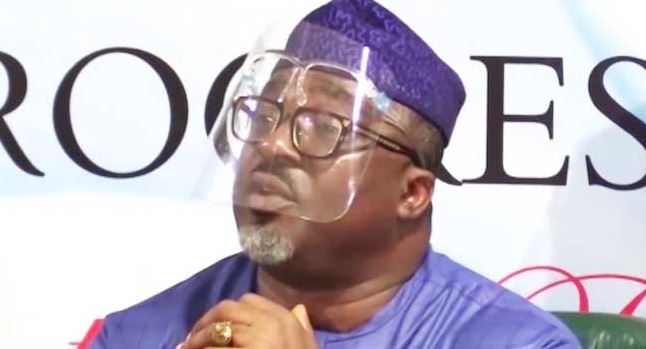 Hilliard Eta, the All Progressives Congress’ former National Vice Chairman (South-South) has been dismissed from the party.

The decision was taken on Tuesday December 8, after a meeting convened by the National Executive Council of the party, and attended by President Muhammadu Buhari, Vice President Yemi Osinbajo, Senate president Ahmad Lawan, and the speaker of the House of Representatives, Femi Gbajabiamila.

Eta was expelled for not withdrawing the court case instituted against the Mala Buni-led caretaker committee.

The National Executive Council of the All Progressives Congress which extended the tenure of the Mala Buni-led caretaker committee of the party by six months, dissolved all states, zonals and national party structures.

On insecurity, the committee asked the opposition Peoples Democratic Party (PDP) not to politicize the issue but to collaborate with the government to end the insurgency affecting the country

Oh No! Sister Pours Hot Water On Brother After He Told...