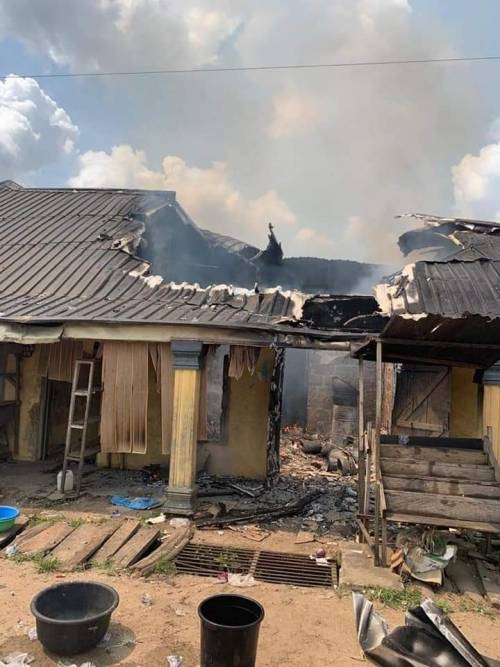 According to a report by SaharaReporters, the salaries of the Kings of Igbide kingdom, Edward Obukeni 1, and that of Emede kingdom, Johnson Omote Ewhiri 11, both of the Isoko South Local Government Area of Delta State have been suspended.

Also, a 24-hour curfew has been imposed on the two warring communities.

The suspension of their salaries followed resolutions reached by the Isoko South LG Security Council arising from an emergency security meeting presided over by the council chairman, Itiako Ikpokpo, on the recent killings, arson and criminality in Igbide and Emede communities which occurred on Tuesday and Wednesday.

According to the Security Council, the staff of office of the two monarchs have also been recommended for withdrawal to the Delta State Government while the President General of Igbide community is declared wanted.

A statement on Friday by the council reads in part, “The Isoko South LG Security Council, arising from an emergency security meeting on the recent killings, arson and criminality in the Igbide and Emede communities, reached the following resolutions.

“One; declaration of 24-hour indefinite curfew in the Igbide and Emede communities; suspends salaries of the Ovies of Igbide and Emede, recommends retrieval of monarchs staff of offices to the Delta state government.

It will be recalled that armed youths and suspected mercenaries invaded Emede community on Tuesday and Wednesday, killing no fewer than five people and set ablaze over 20 houses and properties worth several millions of naira.

Nurse Exposes American Doctor Who Removes The Wombs Of Immigrants