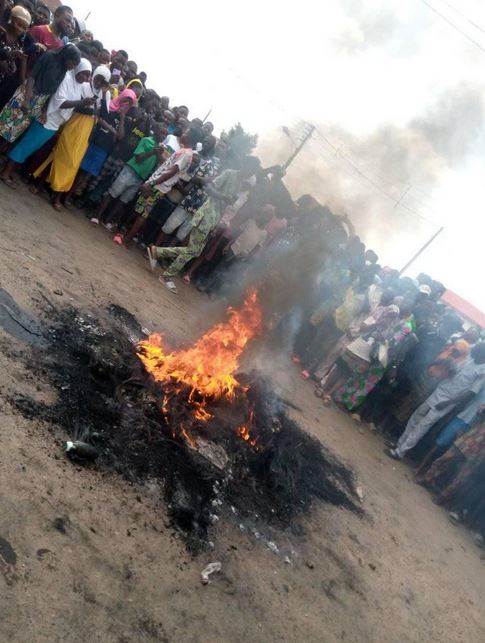 Two suspected female kidnappers were burnt to ashes by an irate mob in Iwo, Osun State on Thursday, December 10.

It was gathered that three persons, one male and two females allegedly kidnapped a 4-year old child at the centre of the Market Square called Oja-Oba. The women were caught while the man managed to escape. 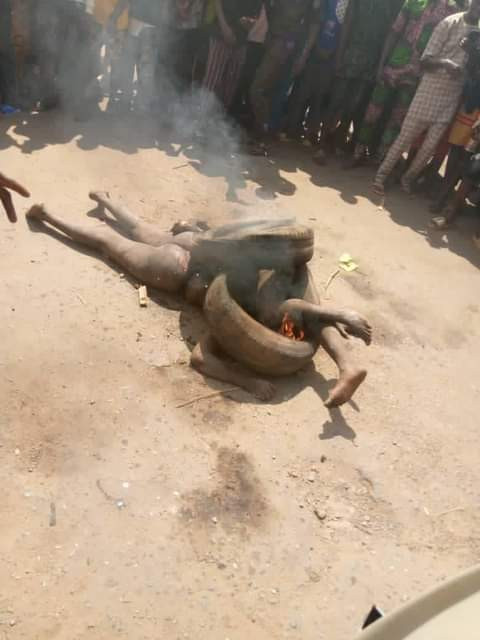 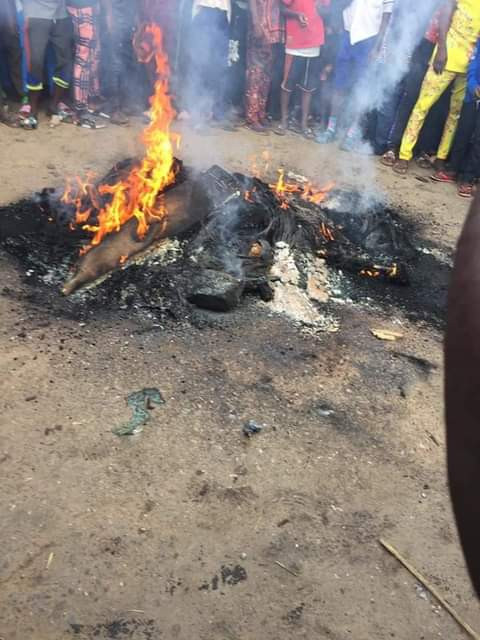 The suspects were beaten to a pulp before being set ablaze. Meanwhile, residents in the area are said to be combing houses to fish out the third suspect and lynch him.

According to a resident, the suspects were first taken to the Palace of the Oluwo of Iwo, Oba Abdulrasheed Adewale Akanbi, for him to decide their fate but were told to take them away.

However, the palace spokesman, Ibrahim Ali, debunked the claim, saying that the Oluwo was not at the palace when the incident happened and that the crowd was expected to take the suspects to the police station, not palace.

The State Commissioner of Police, CP Adie Undie, who confirmed the incident said that the angry mob did not allow the policemen in the town to move near the scene. 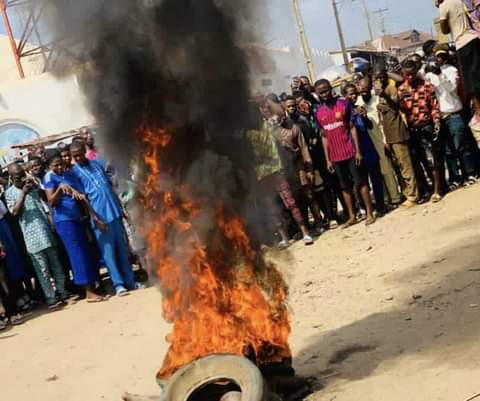 Below are eyewitness reports:

“Few days after a ritualist was found in Iwo, another set of kidnappers pretending to be and acted like mad people caught in Iwo and they allegedly kidnapped children during the interrogations before they were set ablaze by an angry Iwo citizens, one of them said they are from Ogbomoso Oyo State.

“The women said they were three but their third accomplice which is a man ran away. This issue was a sad scene in Iwo today as well. Iwo citizens were not patient enough and resulted to jungle justice in front of Oluwo palace. And those two women were burnt to ashes as the male one escape”

“Just about 3 days ago when a ritualist den was discovered in the ancient town of Iwo, Osun State, Nigeria. About 40minutes ago, two other Kidnappers were caught kidnapping a 4-year old child at the centre of the market Square called Oja-Oba, just a few walks to the Palace of the Oluwo of Iwo Kingdom.

“The kidnappers were however beaten mercilessly by the angry youths and the heights of Jungle Justice sets in when the two Kidnappers were set ablaze some minutes ago. The kidnappers have been burnt to bones and the angry mob kept pouring fuel on the corpse saying they must turn to ashes before they leave the scene. 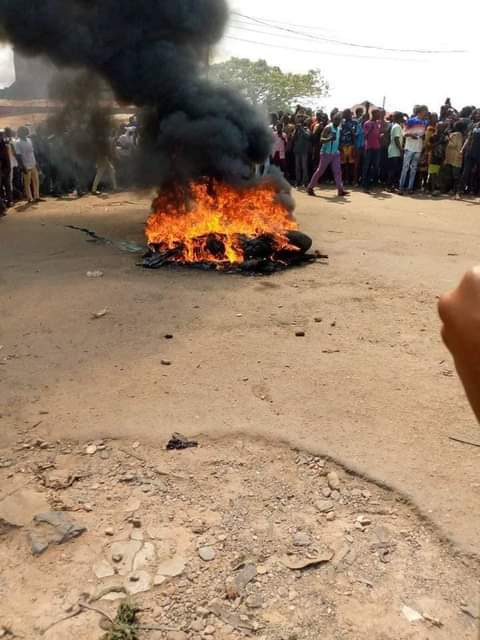 How Fulani Man Shot At Me, Another Brought Out An Axe At Their Leader’s House – Sunday Igboho

How Fulani Man Shot At Me, Another Brought Out An Axe At Their Leader’s...

digestng - January 21, 2021 0
Photo credit: SaharaReporters Sunday Adeyemo, an agitator for Oodua Republic, who is popularly known as Sunday Igboho, has said he is not vying for...

digestng - January 21, 2021 0
File photo   A court in Ondo state has given 2 years prison sentence to a pastor for lying.   The Ondo State High Court sitting in...