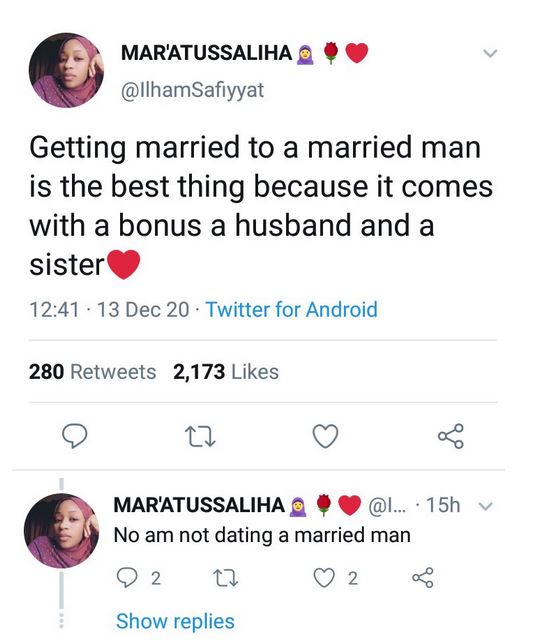 A Muslim woman took to Twitter to defend polygamy while stating its advantages.

The Twitter user explained that getting married to a married man is the best thing because you not only get a husband but you also get a sister.

She Tweeted:“Getting married to a married man is the best thing because it comes with a bonus a husband and a sister.”

However, Muslim women told her to go ahead if that’s what she wants but asked her not to try selling it to other women. 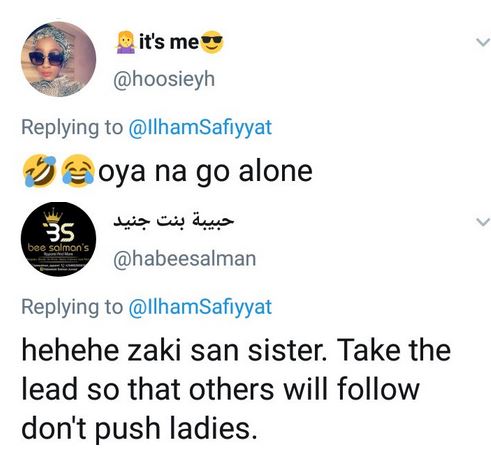 Conversely, her male followers agreed with her. 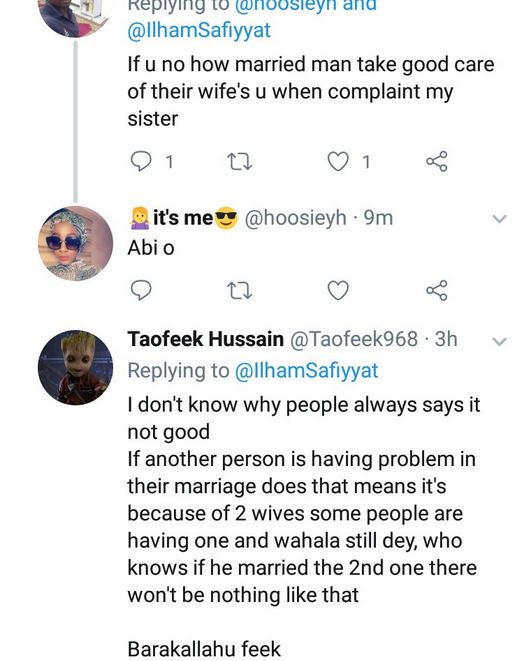 Polygamy is allowed in Islam and Muslim men can take up to 4 wives.

IPOB Orders All Members To Sit-At-Home On October 1

“Give Me My Palliative” – Little Boy Breaks Down in Tears...