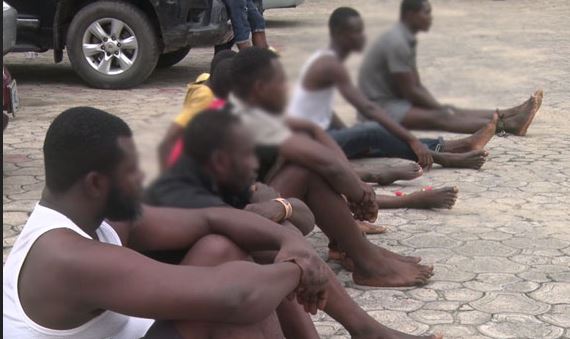 The police have arrested and paraded suspects behind the attack which was recently carried out on the residence of the former governor of Bayelsa State, Seriake Dickson.

Recall that a police inspector was killed while trying to repel the attack which took place in November 2020.

The state Commissioner of Police, Mike Okoli who confirmed their arrest said;

“We have been following the case diligently. I am happy to inform you that at the moment, five suspects connected to that incident are in our net.”

Okoli also disclosed that the suspects have confessed to the crime.

Shocking Video Shows The Moment A Businessman Was Kidnapped In Broad...