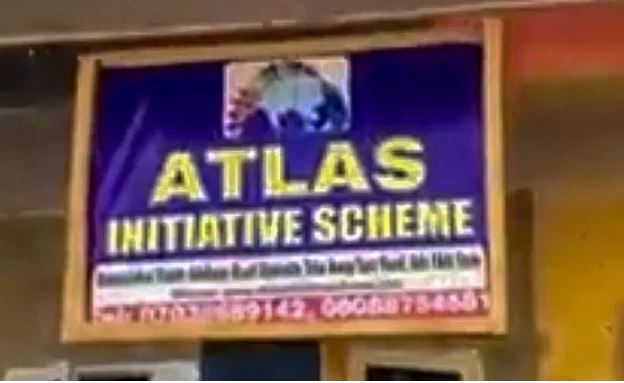 It has been reported that hundreds of women in Ekiti State are currently in pains after being allegedly defrauded.

The women have accused a controversial firm, “Atlas Initiative Scheme,’ of absconding with their money, PREMIUM TIMES reports.

The company, according to the victims, claimed to have its office at Adamolekun Estate, Adebayo Road, opposite Takeaway Fast Food in Ado Ekiti, the state capital.

Narrating their travails in a video posted on social media on Monday, the victims said they gave cash to the representatives of the Atlas Initiative Scheme after organising a seminar for them in the community.

This newspaper also gathered that 12 members of a cooperative association in the community also paid N250,000 each.

According to victims, they made payments to the company on Friday, November 27, with the promise to get their respective loan on December 1 but on getting to the office of the company, it was locked.

One of the victims, Toyin Kazeem, called on Nigerians to help them get justice so as not to lose their life savings.

“Since Saturday (November 28), we have been calling their numbers but not connecting and we came to their office but under lock. They have absconded”, she said. “We paid them the money on a Friday and they promised to start disbursing the loans on December 1.”

Asked how they heard about the company, Mrs Kazeem simply said “a seminar was organised for them at AP Hall. We urged people to help us and have mercy on us by locating these people.”

The video shows dozens of women in front of the company’s office saying that over 300 traders paid to Atlas Initiative Scheme.

Some women echoed that “they collected N250,000 from our group.” Explaining further, a trader, who claimed to be a widow, said 10 persons were duped N16,000 each in her group.

“We expressed our fears to them but they assured us that they are not scammers. I explained to them that I am a widow and was working to feed my children. They promised to start paying on December 1 but they have disappeared.”

PREMIUM TIMES visited the website (http://atlasinitiativeschemes.simplesite.com) of the organisation and our correspondent discovered a lot of discrepancies.

“Atlas Initiative Scheme is established to Actively Raise Industrious and Successful Entrepreneurs by providing available, attractive, accessible and affordable financial products and services. The bank is poised to positively impact the critical mass in the informal, formal and public sectors of the Nigerian economy,” information on the website reads.

Meanwhile, they all have no digital footprints as a search for their names produced no tangible results.

When contacted, the Ekiti State police spokesperson, Sunday Abutu, told PREMIUM TIMES that the affected women are yet to report to the police.

“We are not award of the fraud. The affected women should visit their nearest police station and make necessary reports.”

He told our correspondent that the police will investigate upon the report of the matter.

digestng - April 20, 2021 0
File Photo  A woman has pleaded with a Sharia court, in Samaru, Gusau, Zamfara state to end her marriage of one week because of...

digestng - April 20, 2021 0
Isa Pantami   The Muslim Rights Concern, MURIC has claimed that yahoo boys, bandits, kidnappers are the ones demanding the sack of embattled Minister of...

Singer, Simi Explains Why People Should Not Rain Curses On The...