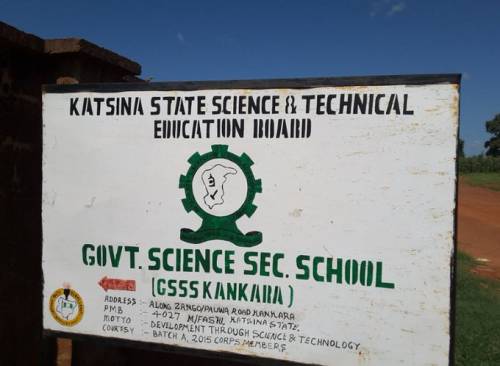 It has been reported that some parents of the abducted Government Science Secondary School students in the Kankara area of Katsina State have refused to go home.

The parents converged on the premises of the school patiently waiting for their children to return as promised by the government, a SaharaReporters report has shown.

Their gathering is coming less than one week after the abduction of at least 333 schoolboys took the country by surprise.

The parents have also been recounting their experiences as they continue to hope for the return of their children.

According to Channels Television, two of the parents said they couldn’t sleep, adding that they will continue to be spending the night at the school until their children are rescued safely.

Upon arrival at the school gate on Tuesday, it was discovered that the Ƙanƙara school is located at the centre of a bush leading to some scattered settlements some of which are Zango and Dansabau in Zamfara border axis.

It also gathered that besides the school fence is a busy road leading to Ƙanƙara weekly Tuesday Market with daily business activities on the increase.

Earlier today, 17 of the abducted 333 students returned home after escaping from their abductors, leaving 316 of them still in the captivity.

The media aide to Katsina State Governor, Aminu Masari said the bandits have warned that security operatives who were monitoring their hideouts with helicopter must stop the action.

This account seems in conflict with reports saying that the terrorist group, Boko Haram, has claimed responsibility for the abduction of the students.

#BBNaija: ‘I Believe Kiddwaya Is Knacking Erica Now And Tolanibaj Is...