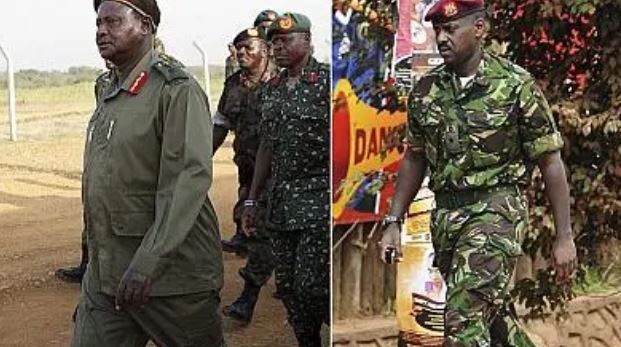 Lt Gen Muhoozi Kainerugaba, the first son of Uganda’s President, Yoweri Museveni has been reappointed as the head of Uganda’s Special Forces Command, an elite unit with the responsibility of protecting the president and first family.

Gen Kainerugaba has had a meteoric rise through the ranks of the army, having trained at the British academy Sandhurst and other military programmes in the US, Egypt and South Africa.

He also serves as presidential advisor on special operations and regains his position as head of the special forces command, after more than a decade.

The move is part of a wider reshuffle within security agencies.

He has been credited for success in the fight against al-Shabab in 2011 and 2012.

The man who oversaw recent violence in Kampala and the death of more than 50 people after the arrest of presidential candidate Bobi Wine, Maj Gen Sabiiti Muzeeyi, has been reassigned to army headquarters for redeployment.

The reshuffle comes less than a month before what is expected to be a fiercely contested presidential election, in which President Museveni is looking to extend his rule to four decades.

Man Dragged For Having ‘Bluetooth S3x’ With Dancer In Public (Video)

Bishop TD Jakes Lends A Voice To The #EndSARS Protest