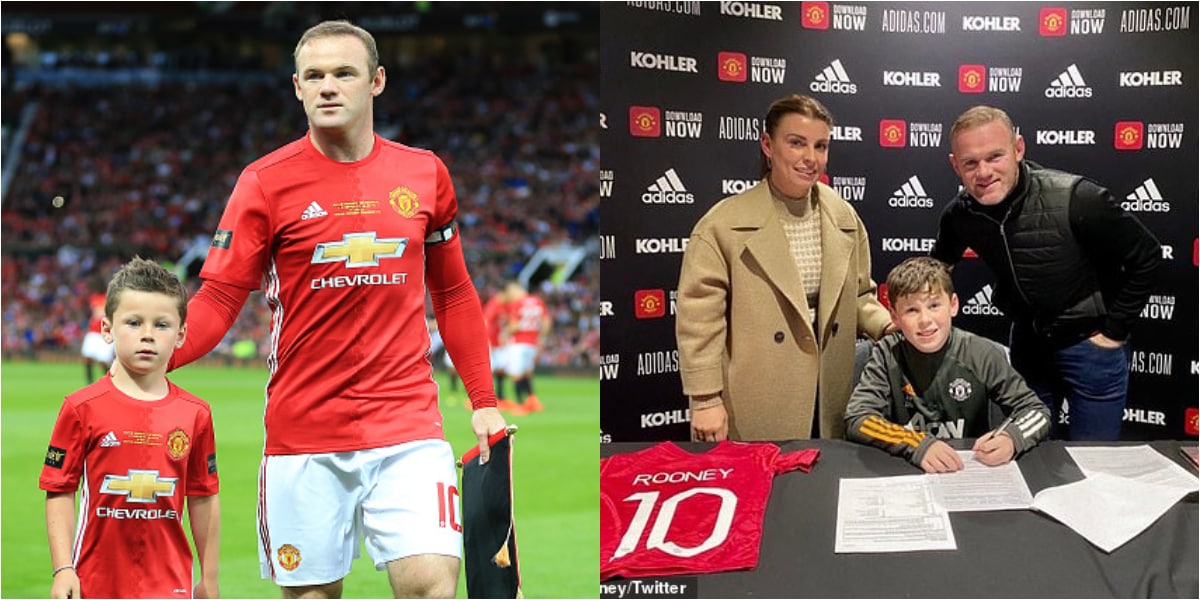 The 11-year-old looks to follow in the footsteps of his father who is the most decorated player in at Old Trafford.

He took to social media to post a photo of Kai signing a contract with the Red Devils on his Instagram handle.

Rooney accompanied the image with the caption:

“Special night….. congratulations Kai. I love you and I am so proud of you. Keep trying your best.”

The 35-year-old will now be hoping his son would enjoy a strong start to life at United’s academy.

Rooney won five Premier League titles, three League Cups, one FA Cup, one Europa League and one Champions League during his spell at the Theatre of Dreams.

The former England international is now caretaker manager at Derby County and is looking to earn the job on permanent basis.

Derby were languishing at the bottom of the Championship table but since Rooney’s appointment, the club has gone on a six-match unbeaten run.

Hilarious Reaction As Nigerians Drag Buhari’s Minister Over Reports The He...