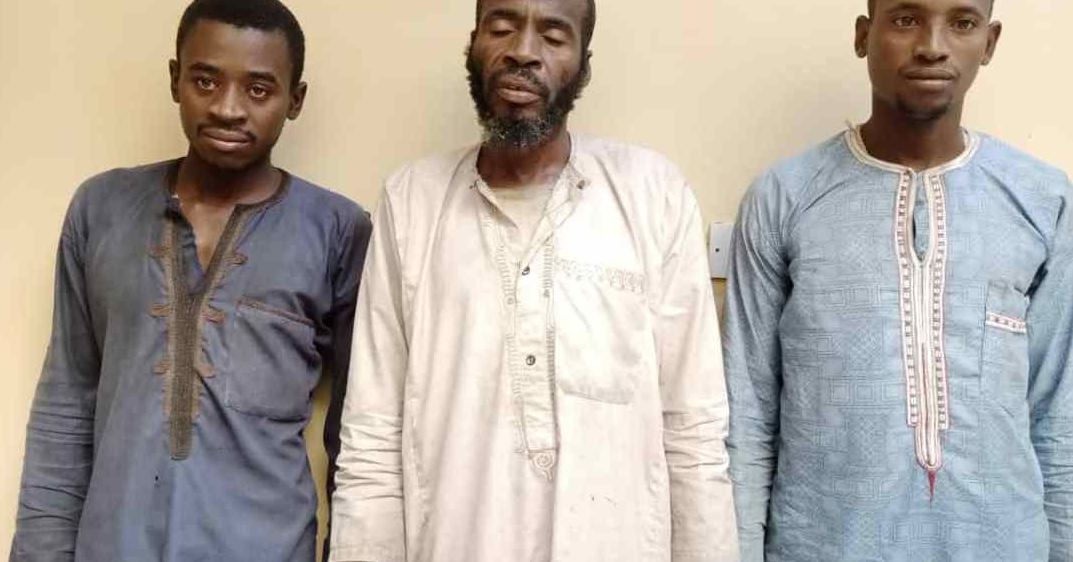 Officials of the Police Command have arrested a 50-year-old man identified as Adamu Musa, his son, Sule Mallam and grandson, Isyaku Sule for allegedly killing a suspected kidnapper and his five-year-old daughter at Gomo Village, Sumaila Local Government Area of Kano state.

The suspects were accused of invading Madunkuri settlement in Gomo Village, Sumaila local government of Kano State and ”attacking and killing one 30-year-old Kabiru Ya’u and his daughter Harira Kabiru.”

They reportedly attacked the deceased with  machetes and bamboo sticks on August 26.

Kano police spokesperson,  Abdullahi Kiyawa who confirmed this in a statement issued on Tuesday night, December 22, said Mr Musa had confessed ”to have directed his three sons and grandson to kill the victim on the allegation that the deceased is a suspected kidnapper”.

The suspects who were arrested by Operation Puff Adder on December 19 about 119 days after the incident, said “investigation is in progress for the arrest of the remaining culprits. The suspects will be charged to court after completion of the investigation.”

You Won’t Believe What Happened When This Woman Chained Herself To...