The armed men killed the woman, her son and her brother-in-law after razing part of Nagu village in the early hours of Sunday, December 27. 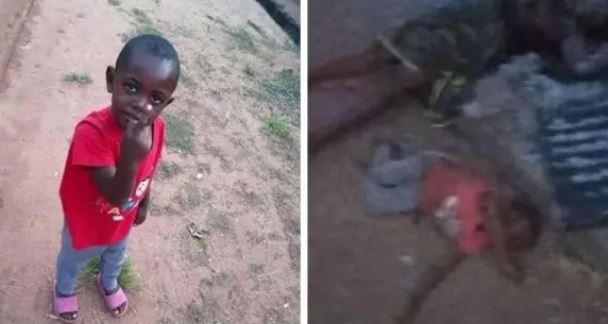 Gunmen invaded Nagu village, Katsina-Ala Local Government Area of Benue State, killing a mother and her child while leaving many others injured.

The armed men killed the woman, her son and her brother-in-law after razing part of Nagu village in the early hours of Sunday, December 27.

The attacks also left several persons injured while many have reportedly fled their homes to neighbouring villages for fear of being killed.

Confirming the incident, a former lawmaker that represented Katina-Ala East constituency in the Benue State House of Assembly, Mr Ianna Jato, said those killed in the attack were memebers of his family.

“The armed men came around 3 am, yesterday, and attacked Nagu, which is my village. They burnt part of the village after which they killed my brother’s wife, her son and another of my brother,” he said.

“I cannot understand why they did this, but those behind the attack just called me a few minutes ago with the phone of my brother’s wife, which they took away after killing the woman

“They said I should tell the military personnel who are in Shetile land to leave our place otherwise they would continue to cause mayhem and also continue with the killings in our communities. I have reported the matter to the Divisional Police Officer in Katsina-Ala and he is making arrangements to evacuate the corpses.” he added.

How Kiddwaya’s Mother Defended Her Sons After Critics Wondered Why They...

CAF Update On Celtic And There Confederation Cup Future