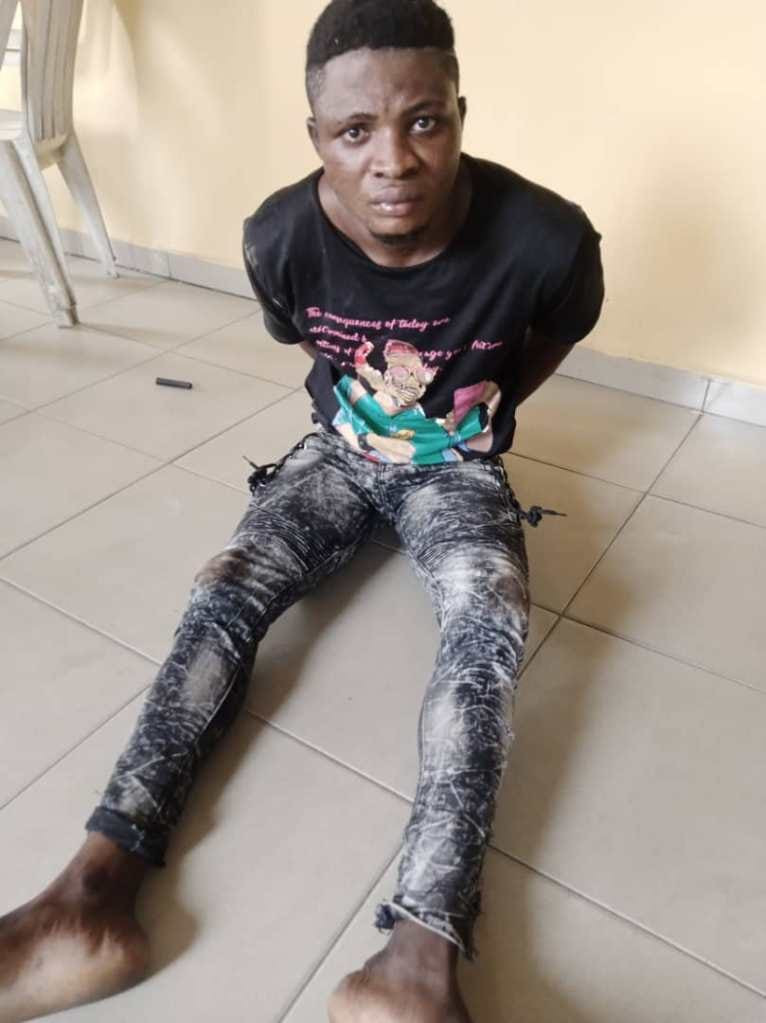 A notorious armed robber has landed in the arms of security operatives in Rivers.

It was gathered that the armed robber and his gang members allegedly molested and robbed worshippers at Okporo in Rumuodara, Obio/Akpor Local Government Area of Rivers State.

He was apprehended by a vigilante in the state.

The suspect identified as Ndubuisi Igwe aka SS Chief and his gang were allegedly robbing worshippers returning from Crossover service in the early hours of Friday, January 1st, 2021.

President of the Rumuodara Youth Association, Comrade Frank Nzube Wel, who confirmed the incident said he received a distress call about the incident and immediately mobilized members of the Vigilante in the area.

“On getting to the scene. The suspects who were armed with Ak 47 rifles shot in the air to scare them and made way for their escape.”

The suspect was arrested at the scene while his gang members who were with the AK 47 rifle managed to escape.

The suspect has been handed over to the Okporo Police Station in Rumuodara. A locally made pistol with two cartridges were recovered from him.

‘Test It Before You Get Married’