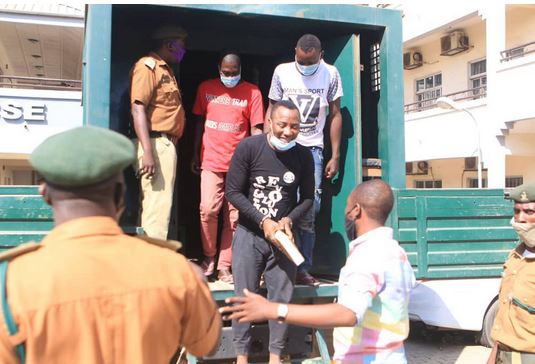 Former Presidential aspirant and activist, Omoyele Sowore, was pictured with handcuffs as he was brought to the Chief Magistrate Court sitting in Wuse Zone 2, Abuja, on Tuesday, January 5, for a hearing on his bail application.

On Monday, January 4, Omoyele was arraigned alongside four others on a three-count charge bordering on conspiracy, unlawful assembly and incitement. The Magistrate, Mabel Segun-Bello, had ordered the remand of the defendants at the Kuje correctional centre.

Sowore and his co-defendants were brought to the court at about 10:28 am with a handcuff on his hand. 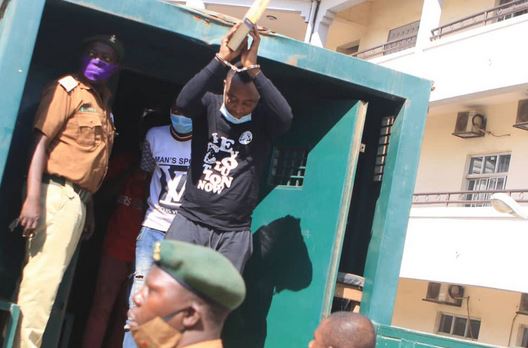 The court is yet to approve or deny his bail application.

BBNaija’s Ka3na Goes On Her Knees As She Meets Don Jazzy...