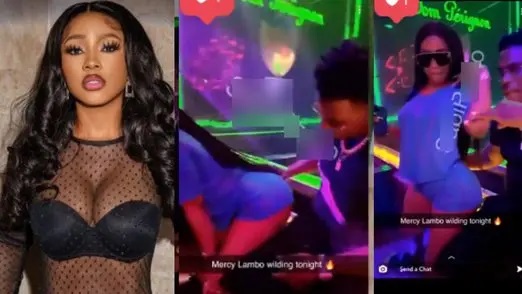 Nigerian have lambasted Big Brother Naija season 4 winner, Mercy Eke after a video of her twerking for her new boyfriend inside a club surfaced online.

The video has generated negative comments as many accused her of exhibiting shameless conduct.

This comes few weeks after the reality star confirmed her break up with her fellow housemate, Ike.

According to some social media users, the video of Mercy dancing seductively in a club depicts the kind of girl she is and the lifestyle she is living.

Reacting to the dragging and insults she got on social media over the video, Mercy wrote; 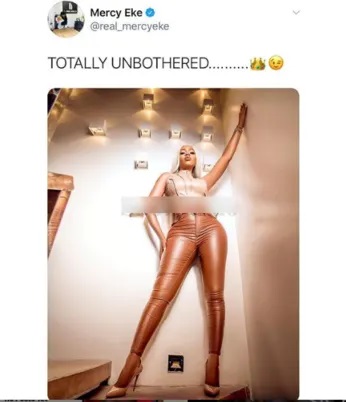 @waree._ wrote “Lol if you’re truly unbothered why do you feel the need to tell us you are ?”

@albertifunanya wrote “Can’t blame her she is always been a street girl .., unfortunately BBN does not promote decency . Must she put it on ig? Different men in less than how many years ????”

@dontgetmad____ wrote “This olosho is just pained… very bitter old woman. E pain am. If you were unbothered, your old ass won’t be telling us how unbothered you are.”

@casmy_ent wrote “If I talk now Mercenaries go attack. Make we leave am like that. But na only for the night the relationship last o. If you know u know”

Cardi B Kisses And Twerks On Offset As He Gifts Her...