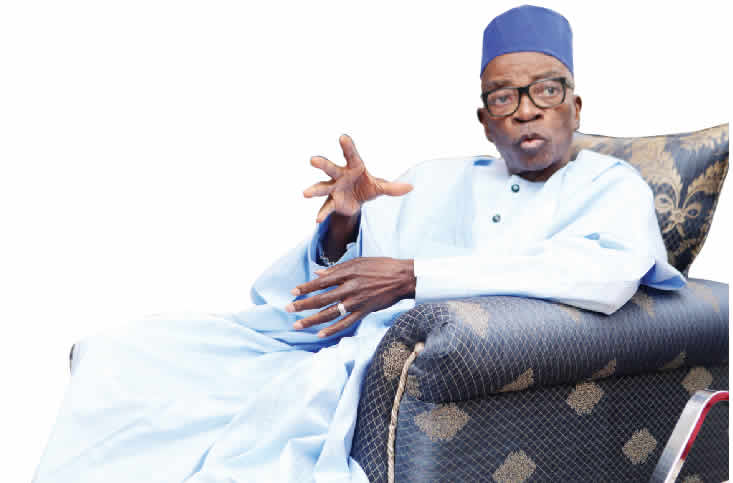 Senator Jubril Martins-Kuye, a former Minister of State for Finance and Minister of Commerce and Industry, is dead.

One of his children, Bolaji, confirmed this to The PUNCH on Sunday.

He said, “I can confirm to you that he passed on about 10:05 this morning. It was a painful loss to us, but, we give glory to God for the impactful life that he lived while he was alive because he touched the lives of many people.

“He died in his residence at Victoria Garden City, Lagos.

“We are about to convey his remains to his home town where he would be hopefully interred by 4 pm, according to Islamic rites.”

The Ago-Iwoye born politician was appointed as Minister of Commerce and Industry on April 6, 2010, when Acting President Goodluck Jonathan announced his cabinet.

The late Martins-Kuye was born on August 1942 in Ago Iwoye, Ijebu constituency of Ogun State. He studied sociology at the University of Ibadan (1965-1968) and then Economics at the Harvard University Business School, graduating in 1983. He gained qualifications as a Chartered Accountant.

Martins-Kuye was a senator in the Nigerian Third Republic.

Martins-Kuye became a member of the United Nigeria Congress Party towards the end of the Sani Abacha regime. He was a candidate on the Peoples Democratic Party platform for governor of Ogun State in 1999.

He was appointed Minister of State for Finance in June 1999 during the first term of President Olusegun Obasanjo, serving until June 2003. In July 2002, as Minister of Finance, he announced that Nigeria’s GDP had grown by 4 per cent annually by the World Bank’s estimate, the highest rate for ten years

Yemi Alade Vows Never To Lend Anyone Money Again After Someone...

Neighbour Who Slit 12-year-old Girl’s Throat In Delta Before Throwing Her...